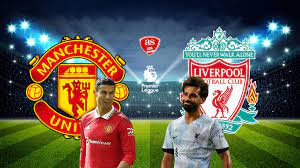 The Red Devils began the season on a disappointing note, suffering a 2-1 defeat to Brighton at home. They followed up to a 4-0 humiliation from Brentford, condemning them to the bottom of the table.

Erik Ten Hag made some changes during Liverpool meeting, with the Dutchman benching Harry Maguire and Cristiano Ronaldo.

Jadon Sancho netted in the 16th minute with a fine finish after he was set up an assist from Antony Elanga.

Bruno Fernades nearly ruined Manchester United brilliant start in the closing stages of first half as he almost directed the ball to his own net before Lisandro Martinez chipped with a clearance.

The second half Manchester United doubled their win through Marcus Rashford, who slammed the ball confidently into the bottom left after a set up by Antony Martial in the 53rd minute.

Efforts by Liverpool to stage a comeback paid off in the 82nd minute as Salah drew one back with a powerful header.

The match ended 2-1 in favor of Manchester united.