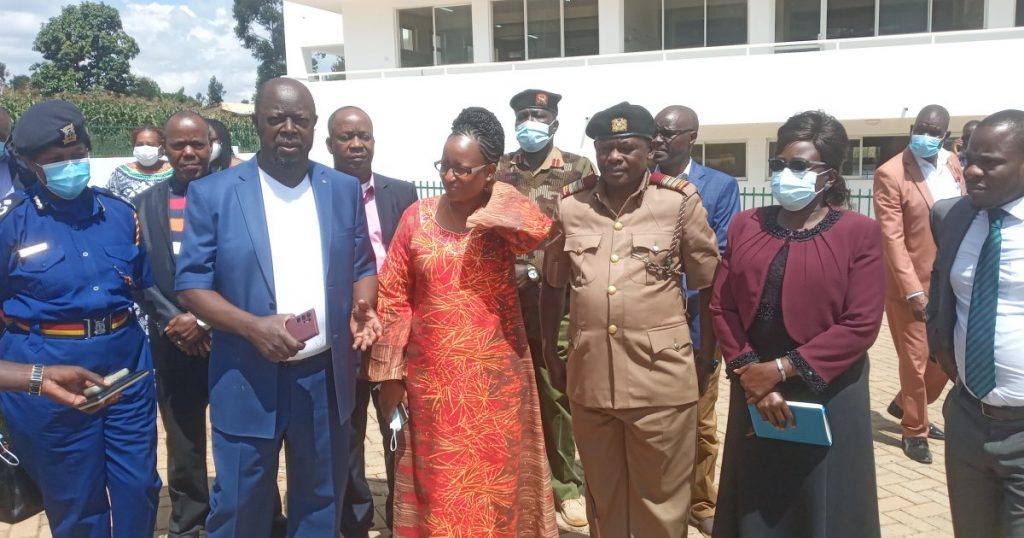 Trans Nzoia County Teaching and Referral Hospital, which has been under construction for almost eight years that is worth Sh.1.5 billion is now almost complete. Health Principal Secretary (PS), Susan Mochache, toured the facility and has assured of closer collaboration between the National and County governments in order to improve and sustain quality health services for Kenyans.

The PS was accompanied by the Trans Nzoia Governor, Patrick Khaemba and County Commissioner, Samson Ojwang, among other high ranking County officials. While addressing the media after touring the facility, Mochache expressed satisfaction over the workmanship and level of completion at the level 6 hospital.

“I am delighted to report that residents of Trans Nzoia County and neighbouring counties of West Pokot, Bungoma and Turkana, will soon access quality and affordable health services courtesy of this Referral Hospital,”

Responding to Governor Khaemba’s request, the PS assured of the National Government commitment towards closer collaboration with devolved units that are putting up hospitals of similar stature and magnitude. According to the Governor, the County would require about Sh2 billion annually for procurement of medical supplies, besides remuneration of about 1,000 health workers, who would be employed.

“With 40 ICUs and 400 beds, this hospital will make it possible for residents of Trans Nzoia County to access quality medical services, without having to travel to hospitals like Moi Teaching and Referral Hospital (MTRH) seeking for the same,”

She further noted that establishment of the hospital will greatly decongest MTRH and at the same time allow the Eldoret facility deal with what she termed as advanced medical services.

“Talks are ongoing between national and county governments that are putting up level 6 hospitals, whose objective is to ensure sustainability of the facilities,”

Mochache revealed that the limited number of specialized doctors in the country called for the collaborative effort. She cited Trans Nzoia, Kakamega, Kisii and Nyeri as some of the affected counties.