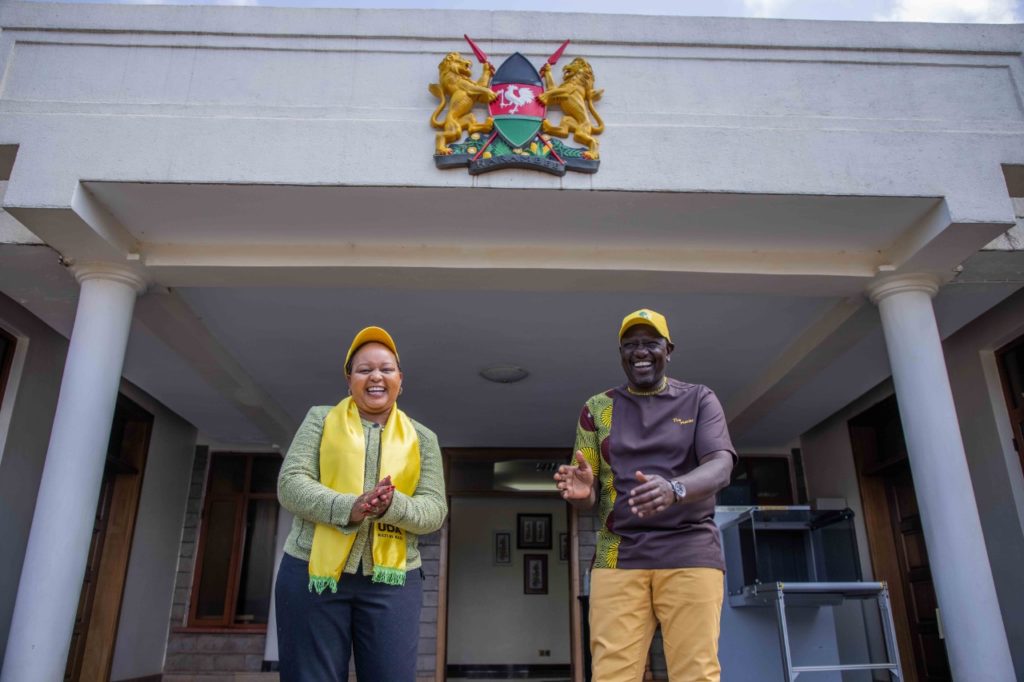 Kirinyaga County Governor Anne Waiguru has finally made up her political move and joined UDA party, which is associated with Deputy President William Ruto. She is set to ditch Jubilee party for Ruto’s United Democratic Alliance (UDA) party in an event set to take place in Karen later in the day.Pushed to the wall by the shifting political ground in Mt Kenya.

Waiguru will now defend her gubernatorial seat come 2022 on the UDA party ticket and in a bid to continue serving her Kirinyaga people.

Waiguru had signalled her exit from the ruling party and entry into Ruto’s party last month.In recent times, the governor’s support for Jubilee Party has been wobbly.

Waiguru has stated in an exclusive interview with a local daily that President Uhuru understands why she has to ditch Jubilee party for Ruto’s UDA party.She admits that the ground in her county has shifted to Ruto’s UDA party and it would be suicidal to go against the grain.

“Where I come from, the Wanjiku are tending to be on the UDA side. Now, I can make a choice and go against the grain and I could probably win, but would not have a very good time governing because MCAs would go the Wanjiku way,”

Waiguru further added that she would not want to run on a party that is not popular in her region. According to her, she would end up being a governor heading county assembly members of a different political party.