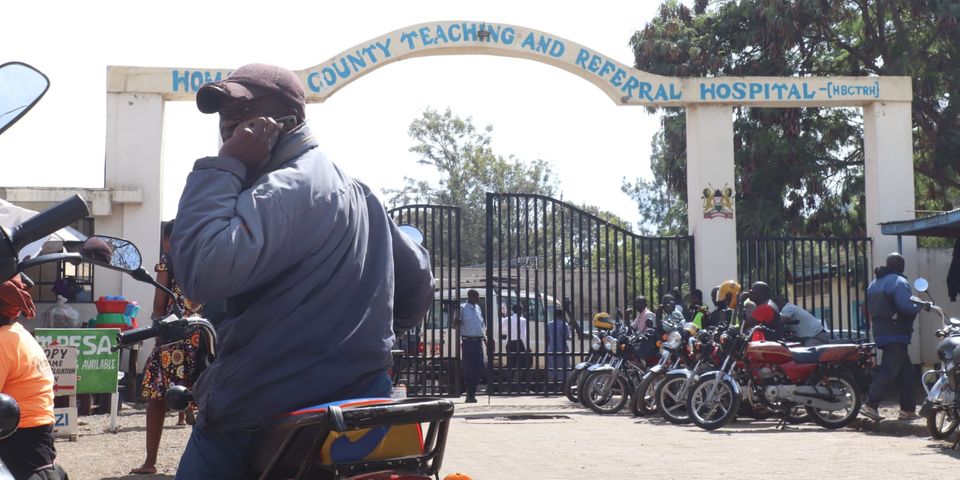 A lady was seized by police in Homa Bay after she burned her son’s arms with plastic to torture him for allegedly stealing food from their neighbor.

According to locals of the Shauri Yako informal community, the lady was attempting to kill her child when they later reported to Assistant Chief Salim Nyauke of the Homa Bay Township sub-location.

‘The accused is a single mother of four,’ Mr. Nyauke said.

He explained, “Since her husband passed away in 2013, she has been living by herself with the kids. When she got home in the evening, she learned that her last child was accused of robbing the house next door of food.

The youngster allegedly broke into the neighbor’s home when he and other kids were playing outside during the day. He reportedly ate food that he had discovered in a pan.

According to Mr. Nyauke, the boy is suspected of consuming the maini (liver) that the neighbor had cooked for supper. When one of the neighbors’ kids came over, he spotted his friend eating the food.

The mother of the suspect was informed of her child’s actions when she got home and later made the decision to burn the child’s arms as a consequence.

According to Mr. Nyauke, the mother set her home on fire and used the heat to punish the youngster by burning his arms.” An item made of nylon caught fire. The melted bag spilled on the child’s arms as it melted “he said. The other three kids reportedly watched as their brother was disciplined.

But because the suspect had secured her house, the neighbors were unable to see what was going on, according to Mr. Nyauke. She made the decision to open the door when the neighbors threatened to enter to see what she was doing to her child.

“I was requested to step in. The decision was made to transport the suspect to the police station and the youngster to the hospital, “said Mr. Nyauke. According to police from the children’s services division, the suspect will face charges.