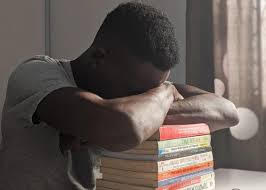 In Awendo, Migori county police have arrested a form four student who faked his own kidnapping.

The secondary school student disappeared from home on January 5th. The police commander Mathias Pombo of Awendo sub-county said that the mother filed a missing person’s report on January 6th. He continues to say that the learner confessed to smearing cow blood on his vest and made a sharp scream before running from the home compound.

The 22 year old student told the police that it was his friend that advised him to do so to get money from his mother. The student says that he bought the cow blood earlier on January 5th and placed it under his bed in a house far from his mothers.

Awendo police boss Mathias Pombo says, “Shortly after wishing his mother good night at 9pm and departing for his house, he made a sharp distress call. When his mother rushed to his house, she only found her son’s blood-soaked vest.”

The following day the suspect’s mother went to the Awendo police station and filed a missing person’s report.

The student demanded ransom from his mother but after seeing that his mother was not sending the money he went back home.

He (student) told police that he attempted to use deceit to pressure his mother, a single parent, into sending him money, which he’d pay as school fees. The mother denied that her son had a major fee balance, terming his actions embarrassing.