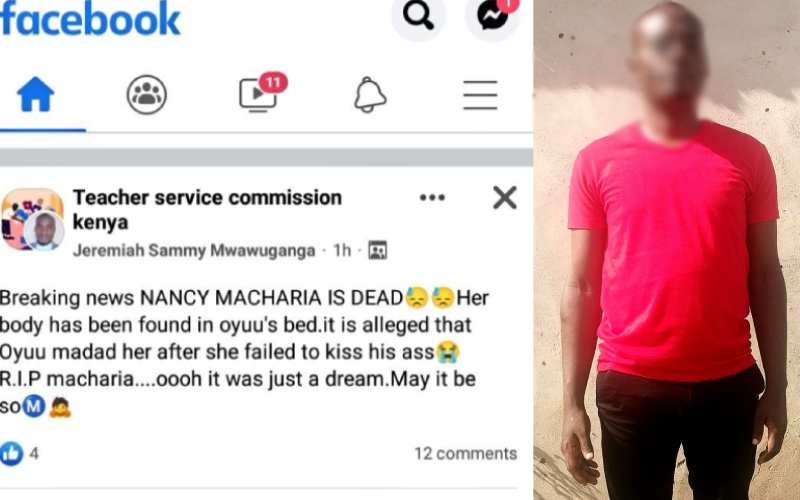 A tweet by the Directorate of Criminal Investigations (DCI) indicated that Jeremiah Mwawuganga Samuel allegedly authored a Facebook post using a fake account purporting to be that of the Teachers Service Commission, alleging that Macharia’s body was found in another education stakeholder’s bed.

A screenshot of the alleged post shared on the investigator’s micro-blogging platform indicated that the post was made by an account called Jeremiah Sammy Mwawuganga, to a pseudo group named ‘teacher service commission’.

The post read in part “Breaking News, Nancy Macharia is dead. Her body has been found in Oyuu’s body,”

The detectives say the post prompted an extensive forensic analysis to identify the suspect, who was found in possession of the handset used in creating the viral post.

Detectives have also confirmed that the Facebook account used to create the post was owned by the suspect. The suspect will be arraigned in court on Monday, January 24.

This will be a lesson for anybody who uses pseudo account to spread fake news.