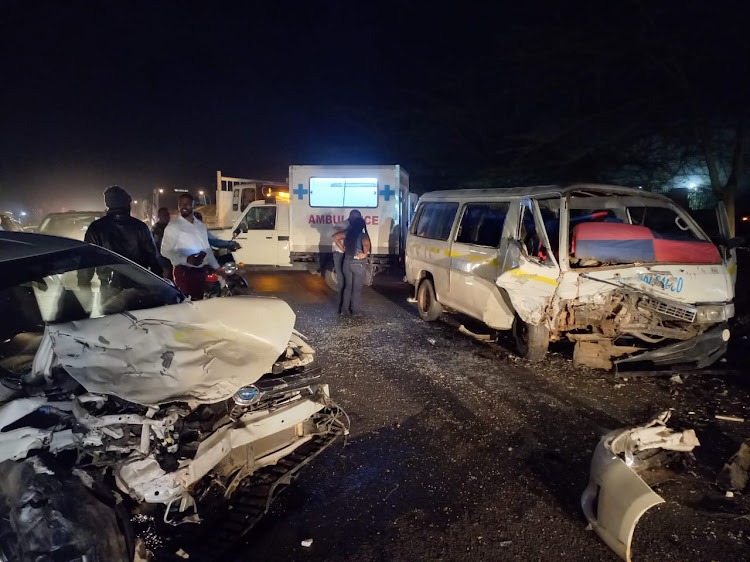 Latest statistics from National Transport and Safety Authority NTSA show that over 2500 people lost their lives between January and July this year. According to the statistics, the number of accidents has been on the rise since by over 10 percent compared to the same period last where by about 1700 deaths has been reported. The latest accident scene in Kenya has been that of Nithi Bridge in Tharaka Nithi County on 22nd July 2022 whereby a modern coast bus run over a cliff and fell deep in the river forty meters below the cliff leaving 36 people dead and about 10 seriously injured.

Whenever the term or name Accident has been mentioned, those who are victims are usually files with bitter painful memories of their loved ones or some will remember how they became amputated or how they saw their loved ones speaking their last words and helplessly and painfully saw how they died. Be it walking on foot, riding a bicycle, a motorbike, tuktuk or private car or a public means like a matatu, bus or even going by train, airplane or by boat, ferry or ship all the places we have always seen how innocent blood is being shed as thousands and millions lose their lives every time and at worst scenarios, some die and vanish completely that not even their bone or hair is found.

World Health Organization say that over 3.1 million people lose their lives on different accidents worldly to mean 1 person die every 25 seconds. The report further says that road accident lead in number of deaths by 90 percent followed closely by sea or water accidents then railway all by 10 percent only. Worldly, Dominican Republic leads in countries with the highest number of accident recorded in 2021 followed by Zimbabwe, Malawi and Liberia.

The accidents according to WHO says that they are normally caused by negligence by road users, mechanical defaults, over speeding among other reasons. Further details show that majority of those who lose their lives are male between age 15 to 60 and in Kenya, road users are urged to take caution.