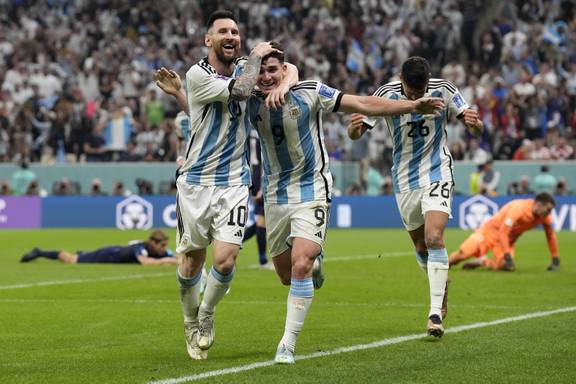 They say, great things come from three things: commitment, hard work and strong finishes, truly the Argentina team is a true depiction of what this statement is all about.

Argentina “La Albiceleste” (the blue and whites) started their 2022 World Cup journey at a very low note as they shocked the World with their 2-1 opening game defeat against Saudi Arabia. Argentina is ranked the 3rd best national team in the world according to FIFA, while Saudi Arabia is ranked at the 51ST place. However, the bitter taste of defeat seemed to have made the team much stronger, as they have forged on to win all their five matches of this world cup.

Argentina responded with 2-0 wins over Mexico and Poland, before beating Australia 2-1 in the round of 16.  A penalty-shootout victory over Holland followed in the quarter-finals. Too lastly having Lionel Messi and Julian Alvarez solidify Argentina’s 2022 World cup final qualification with a dominant 3-0 semi-final win against Croatia at Lusail Stadium.

Croatia had aimed to reach back-to-back finals after their 2018 heroics, however their dream was cut short after Lionel Messi scored a penalty goal in the 34th minute. Julian Alvarez went on to solidify Argentina’s lead with a splendid goal just a few minutes before half time and later on scoring at the 69th minute after an amazing assist from Lionel Messi.

Lionel Messi’s penalty goal places him and France player (teammate at Paris Saint- Germain PSG) Kylian Mbappe at a tie for the golden boot. Each having scored 5 goals.

Argentina are hoping to continue with their winning strike on Sunday at the same venue against either Morocco or France who will be facing off against each other on the 14th of December 2022. Nevertheless, the question in every one’s mind is “Will Messi win the only cup that has evaded him? Or “Will history repeat itself and a repeat of 2014 be witnessed again?