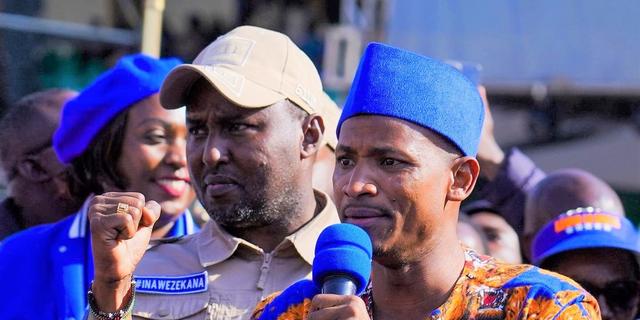 The Embakasi East MP Babu Owino has insisted that the Suna East MP, Junet Mohamed was just a pushover over the claims that he was amid those who mismanaged Azimio agent funds.

He instead blamed the retired President, Uhuru Kenyatta for Azimio leader Raila Odinga’s loss. He debated that Junet would have benefited more from a win from Raila as compared to what he would have gotten from the money intended for agents.

He wondered what could have ended the friendship between retired President Uhuru and current President Ruto after having worked hand in hand together when Uhuru first vied for the presidential seat in 2002 and having been in ICC (International Criminal Court) together.

“I don’t want to hear about Uhuru when it comes to this election. Let him have his relationship with Baba (Raila),” Babu Owino said.

Satibao Kanchory, who was Raila’s chief agent, said all the money came from a central point and went directly to agents’ accounts.