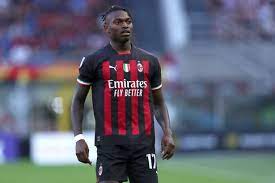 Chelsea in talk with Ac Milan over a potential signing of Rafael Leao. The blues want to add the Portuguese to their rank to improve the attack-line.

The 23-year-old was in a good shape for Ac Milan last season as he bagged 11 goals and eight assists.

The publication claims Leao has been in Chelsea radar for much of the summer and have been one of their priority after they missed a potential move for Raphinha.

It is understood that Chelsea had initially slowed their interest in Leao over the wages Ac Milan demanded. Chelsea and Milan have seen held talks to discuss the deal including the possibility of one or two Chelsea players moving to Milan in exchange for the 23-year-old.

His exploits in front of goal also saw him named Serie A’s most valuable player for the 2021/2022 season.