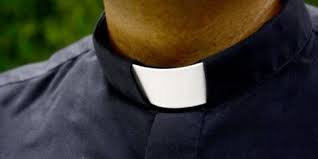 Church leaders from Western Region Clergy Association have urged politicians not to interfere with the work of IEBC. Speaking in Mumias during a prayer session held to pray for this country, Bishop Moses Wanyonyi and Samuel Welimo have warned politicians against politicizing IEBC, urging the IEBCs chairman Wafula Chebukati not to submit to the politicians’ plea.

“I want to tell all politicians, leave the IEBC a lone, it’s so weird that you politicians are busy blaming Chebukati instead of doing campaigns without involving him. Chebukati, don’t be intimidated by their noise, be firm and stand strong because the future of our nation as we near elections is in your hands. “

The politicians also urged Kenyans to maintain peace during and after elections and called upon those who are spreading hatred to stop from doing that.

“Let’s be peace keepers. Let’s maintain peace at all times and stop using words that create enmity every time.”

The clergy men also poked their fingers on Roots party presidential candidate Professor George Wajakoya’s manifesto about bhang, urging that future generations are at risk if such ideas will be implemented.

“We say no to those politicians who are saying that they will implement and allow the usage of drugs in this country, we can’t allow that. Our children and generations are at risk and even now drug abuse is still a menace in our society. “