COMMUNITIES AFFECTED BY LOCUST INVASION TO BE FUNDED BY WORLD BANK 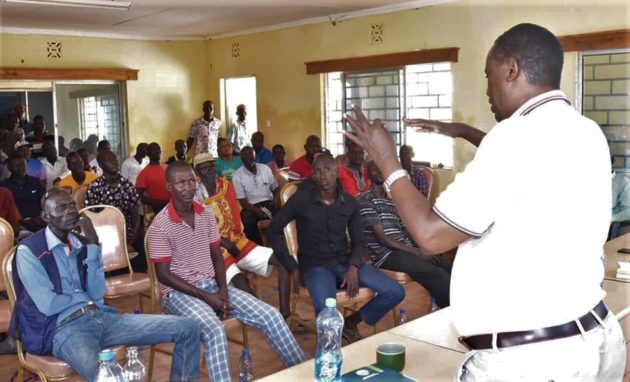 The government has finalized plans to support communities in 15 counties that were affected by locust infestation. The County Executive Committee for Agriculture, Pastoral Economy and Fisheries, George Emoru has assured the Community Driven Development Committees (CDDCs) from the 10 Wards of the release of Sh36 million, the first phase, which is meant to reinstate communities to the position they were before the effects of Desert Locusts infestation in 2019. He disclosed that the beneficiaries of the grant include the 142 Common Interest Groups (CIGs) and Vulnerable Marginalized Groups (VMGs) well identified by communities.

Turkana County is among the affected counties where the ministry of Agriculture, Pastoral Economy and Fisheries had identified affected families to benefit from the cash grant. Emoru  said that out of the 10 Wards to be supported through the Emergency Locust Response Programme, two more namely, Kalapata and Kaeris Wards have been added. Emoru said the second phase of the same funding is at the proposal’s development stage.

“The cash grant that is funded by World Bank is aimed at supporting affected farmers and livestock holding households restore their productive assets for sustained food security,”

The CEC advised members to prudently use the money to strengthen their resilience in improving food security at the household level. He said there are many grants that have been given by partners and well-wishers and the impact has been unsatisfactory in the past and therefore encouraged members to put the grant into the right use.

The ministry’s Chief Officer, Abdullahi Yusuf, said the grant among other components in the Project is part of the strategy to improve food availability in the household level through increased income.