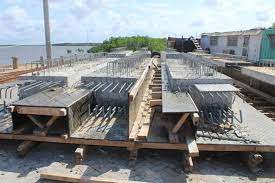 Public Works Principal Secretary Solomon Kitungu, has warned contractors undertaking National and County government projects that their contracts will be terminated if they delay or do a shoddy job.

Speaking during a tour of National and County Government Public Works projects in Mokowe and Mtangawanda areas in Lamu West Constituency, the Public Works PS voiced his concerns over delays in the completion of the new Lamu County Government Headquarters that have yet to be finished two years after the contract was awarded.

“The concerned contractor for the County Government Headquarters has been paid all his monies against the certificates he presented to public works,”

“We are giving him two weeks after, which we will recommend that another contractor be sought to complete the project,”

He further revealed that the Mokowe Jetty, which will in the end cost the taxpayer close to Sh600 million once completed is likely to be completed by next month.

Construction of the Mokowe Jetty begun in February 2019 and was expected to be complete by January 2020, yet funding delays have affected completion of the Vision 2030 project that is expected to rehabilitate infrastructure that will serve the transportation of people and goods from Lamu’s mainland area to Amu, Pate, Ndau and Kiwayu Islands.

“The Mtangawanda Jetty will be completed in two weeks, and we are satisfied with the job already done so far,”