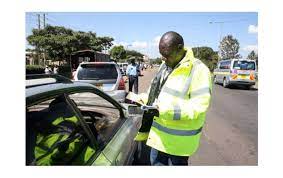 The High Court has stripped NTSA officers powers of acting as traffic instructors and reverted the same to the police. In the rules that had kicked out the police from conducting driving tests (Theoretical, a test of knowledge in the highway code and traffic signs, test of knowledge of road safety principles and procedures; and a practical driving test which was to be conducted over a minimum distance of two kilometers), section 31 gave NTSA powers to do so.

However, in the judgment that suspended implementation of the Traffic Rules 2020 (Driving schools, driving instructors and driving licenses), both Houses of Parliament are now expected to reconsider the rules that also revoked driving school licenses and required them to reapply afresh after paying Sh30,000 to NTSA for new licenses.

Justice Anthony Mrima also ordered the CS Transport James Macharia to resubmit a copy of the Traffic Rules of 2020 and explanatory memorandum to Parliament in the next 14 days.

“The CS is also ordered to submit the copy of the court’s judgement and decree to Speakers of both Houses of Parliament,”

He directed the Speakers to take steps and ensure the rules are expeditiously dealt with by their respective Houses.

“In the event that any or both Houses are unable to finalize dealing with the rules within the remainder of their terms, the said rules shall be dealt with in the next term of parliament,”

Mrima made the decision in a case that was filed by the Kenya Driving Schools Association (KDSA) against The NTSA, Ministry of Transport, the Attorney General (AG) and Inspector General of Police.