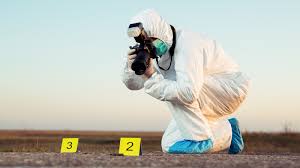 The Directorate of Criminal Investigations (DCI) has partnered with a German Cooperation, GIZ, in a bid to provide a series of Crime Scene Management training sessions to general investigators deployed across the country.

The DCI said in a statement that the week-long training commenced on October 25 and aims at enhancing the investigators’ expertise in Crime Scene Management and preservation of the integrity of a scene while carrying out their day-to-day investigations. The agency stated that the program focuses on the general handling of the crime scene once the investigators begin the investigation process until its close.

“The highly coveted program which outlines the roles of 1st responders to a scene of crime, preservation of the scene, modes of collecting and packaging exhibits in active scenes started with the first batch of 22 detectives at the DCI Academy,”

In recent months, the country has witnessed several cases of deaths which have been attributed to the rising stress levels among Kenyans said compounded by economic hardships caused by the outbreak of the coronavirus. DCI Academy Commandant Zipporah Mboroki said the training program is a major boost to the agency’s quest to sharpen the investigative capacity of their detectives. Mboroki also stated that the initiative was timely given the recent rise in deaths linked homicides among other causes.

“The training could not have come at a better time, owing to the recent upsurge in homicides, serious assaults and other crimes of passion,”

The most recent and outstanding murder was that of a world champion Agnes Tirop among many other cases of homicide and suicide cases where families have been crying for justice. This new program will be of great help to the people who have lost their beloved one and their cases haven’t been served justice for lack of proper investigation. The training should as well send a warning to the criminals as they will not be able to escape justice once they are found guilty.