DEPUTY PRESIDENT RIGATHI GACHAGUA HAS MADE A VISIT TO A PRESIDENTIAL ESCORT TEAM WHO WAS INJURED IN A ROAD ACCIDENT. 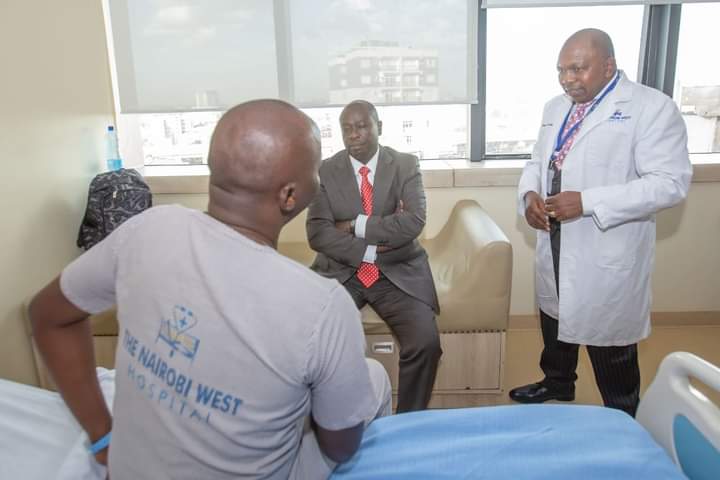 Deputy President Rigathi Gachagua, revealed that there was an accident involving an officer of the Presidential Escort leading to his admission to the hospital.

“Took time to visit officers of the presidential Escort admitted in hospital after a road accident,” he said.

The date and cause of the accident are yet to be known.

“I am happy they have made substantial progress and the doctors assured me of their discharge in the next few days. We celebrate our police officers for their patriotism & commitment.”

On Monday, Gachagua took over the Harambee Annex office that was previously occupied by President William Ruto.

Ruto served as Deputy President for 10 years before he was elected president in the August 9, polls.

The president will now move to Harambee House where his office is domiciled.

In a statement after settling into the office, Gachagua said he is ready to discharge his mandate as the second in command.

“We are now ready to work and change our country’s trajectory towards recovery. I have settled at my new office at Harambee House Annex and it’s all systems go,” he said.