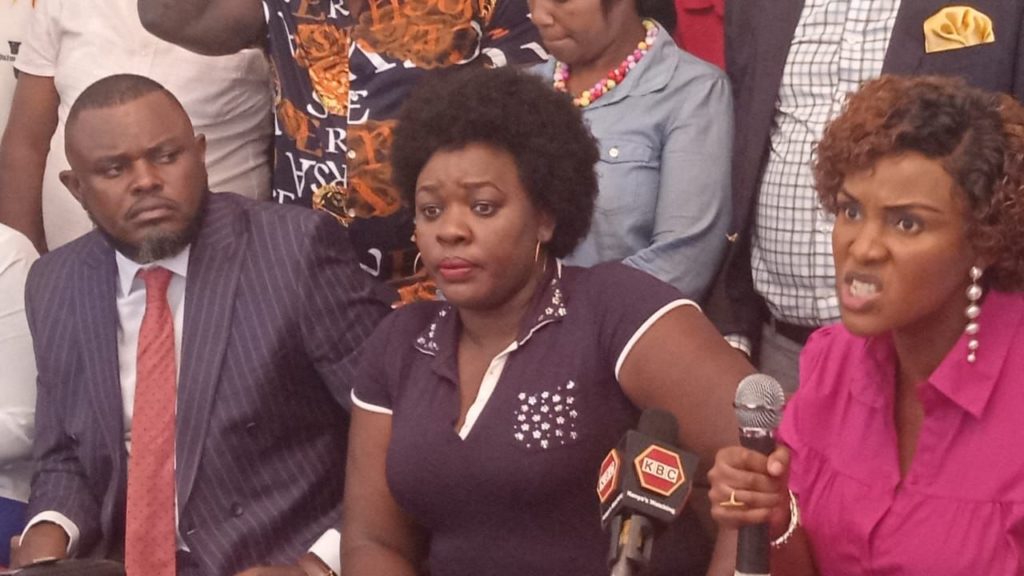 Over 300 Nairobi aspirants who were eyeing seats for Members of Parliament and County Assembly, on Wednesday issued the Azimio One Kenya coalition a 48-hour ultimatum to resolve nomination grievances.

The aggrieved aspirants who convened at a city hotel lamented that the Azimio coalition is yet to address pertinent issues including zoning as well nomination disputes, with just three months to the August election.

stated Janet Ouko, who is eyeing the Jubilee ticket for Kasarani Constituency said: “If within 48 hours our issues are not addressed and our political parties do not speak to us, we shall gather here and give directions,”

Maringo Hamza MCA Mark Ndung’u, who is also the Jubilee Party aspirant for Makadara constituency threatened to explore other options if he is not issued his ticket.

“We demand respect and that we be issued with our tickets or else we will lead our supporters where we feel we are being respected,”

Another issue raised was failure by Jubilee candidates who were issued with tickets to include the Azimio presidential flag bearer Raila Odinga in their campaign posters.

According to the aspirants, some of the Jubilee candidates who have secured the Azimio ticket have failed to market Raila’s presidency effectively, claiming they would have done a better job.

“If you are in Azimio you have to sell Baba, you have no business having the Azimio ticket if you can’t sell Baba,”

She accused Jubilee Party’s Director of Elections Kanini Kega of failing to market Raila, saying he does not even have his photo on his campaign poster.

Nairobi Jubilee Woman representative aspirant Wangui Nganga also criticized Kega for not including Odinga in his campaign posters. Wangui accused him of being a hypocrite, since he claims to be the one leading Odinga’s campaigns.

“Some of the people purporting to make decisions for us here in Nairobi are not even campaigning for Raila in their grounds, they do not even understand Nairobi politics”