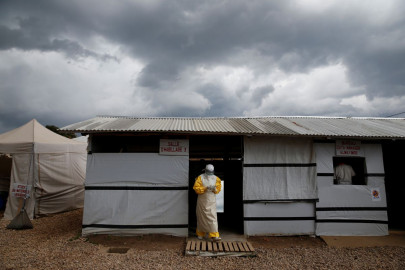 The Ministry of Health in Uganda has established that the cumulative death toll from Ebola virus has now risen to 21 as from Sunday evening.

In a tweet, the ministry of health in Uganda has said 4 out of the deaths were confirmed to be as a result of Ebola Pandemic, while 17 were established to have been probably caused by the Ebola virus.

The statistics from the health ministry showed that 34 cumulative cases of the virus have been recorded, with 16 being confirmed and 18 probable. The virus, which was first reported in Mubende District Uganda, has now spread to Kyegegwa and Kassanda Disticts in Uganda.

No confirmed cases have been reported in Uganda’s capital, Kampala.

The spread of Ebola in Uganda has now put its neighbors Kenya and Rwanda in the thinking of putting in place stringent and safety measures to ensure that there is prevention of the  transmission of the deadly  virus through their border points of their countries.

In Kenya, countries such as Busia, Bungoma, Trans Nzoia, West Pokot and Turkana, which border Uganda have put in places measures to avert the virus’ spread and everybody is urged to be on a watch out to ensure that the virus is prevented from affecting people in Kenya.