EFFORTS TO WIPE OUT SEXUAL AND GENDER-BASED VIOLENCE 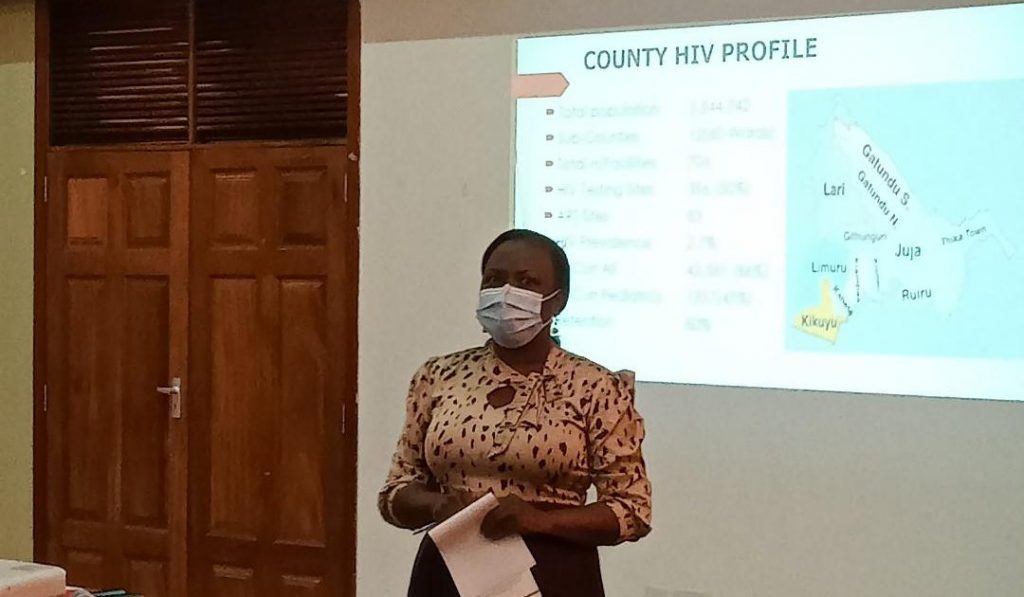 The National Aids Control Council (NACC) has launched a program to empower the Sexual and Gender-Based Violence technical team to enable them to address the rising cases of HIV prevalence and Sexual and Gender-Based Violence (SGBV).
Speaking during the official launch of the program in Kiambu County regional HIV/Aids Coordinator Kibe Ranji, said if not addressed, the rate of HIV infections and SGBV cases may impact negatively on the development of the county.

“As of May 2022, the country had registered 4.2 percent new HIV infections and the curve is expected to go up as we approach the general elections due to the social nature of the campaign period,”
According to NACC, this year only, the county has already recorded 32,027 new HIV infections, with 26,826 adults and teenagers of 15 years and above and about 5,201 children of 0-14 years.

Ranji added that 133 children get infected with HIV from mother-to-child transmission with teenage mothers contributing up to 60 percent of these infections. One in every five teenage girls between the ages of 15-19 years, have either had a live birth or are pregnant with their first child.

Kenya has the third-highest rate of teen pregnancies in East Africa with a teenage birth rate of 82 per 1,000 girls in the 15 to 19 age group.

“A high number of SGBV cases were reported in 2020 and 2021 during the Covid-19 pandemic where 2196 cases of gender-based violence were reported. If we are not careful, we might experience such during the general elections hence the need for sensitization…Sexual and gender-based violence during elections has dire, multiple, and specific consequences on survivors. If left unaddressed, they worsen over time, and will have an impact on the next elections affecting the participation of women in electoral processes,”

On his part, Kiambu County Commissioner, Joshua Nkanatha, said that prevention is always better than cure. By sensitizing the community early, more cases of SGBV and HIV infections will be prevented.

“I urge all of you to be watchdogs against SGBV in our sub-counties to ensure that we flatten the curve for new HIV infections and SGBV cases in our County,”

This year, Kiambu County registered 46 new HIV infections and 148 SGBV cases as of May 2022 according to the NACC report.
The County Commissioner further advised the public to be vigilant and report any case of SGBV as women and children are the most vulnerable.

In Kenya, NACC reported that only 15 counties had met the national target for reducing new HIV infections by 75 percent between 2013 and 2021.

The event that was organized by the NACC and the state department of Gender brought together the Kiambu County gender-based violence technical working group that comprises stakeholders from different state departments in the county and the County Government.