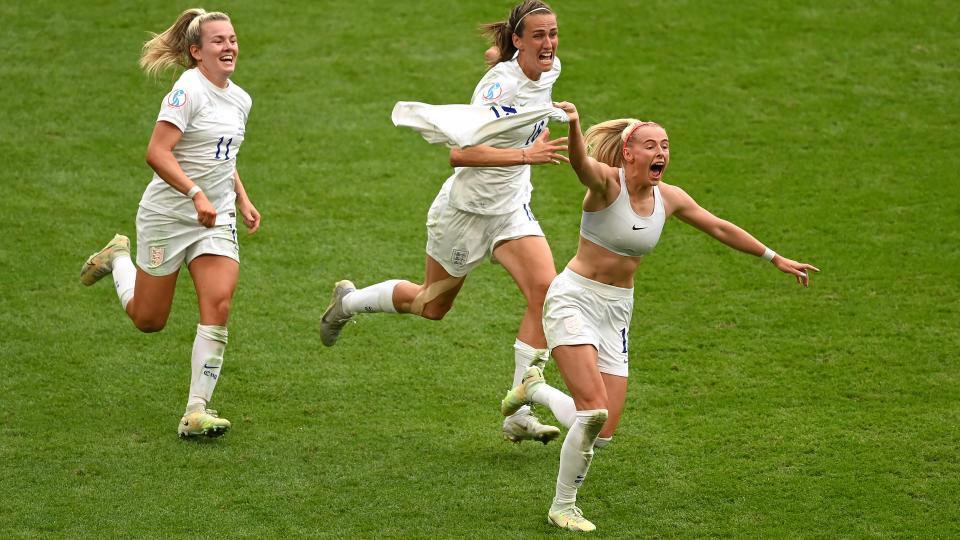 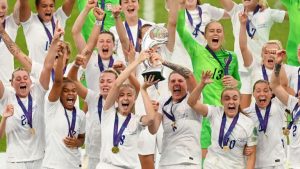 England ended their wait for a major trophy as Chloe Kelly’s extra-time winner handed them a 2-1 win against Germany in the women’s European Championship final 2022. Watched on by a record-breaking crowd of 87,192 at Wembley Stadium, England went Ahead  through substitute Ella Toone before being pegged back by Germany’s Lina Magull.

But Kelly provided the perfect finish for England after coming on as a substitute, scoring in the 110th minute to give the Lionesses their first major tournament triumph and England’s first for men or women since the 1966 World Cup. Lauren Hemp’s corner fell to the Manchester City forward, who poked past Germany keeper Merle Frohms at the second attempt. After a brief moment of confusion, Kelly ripped off her shirt and Celebrated wildly.

Chelsea is monitoring a move for Barcelona midfielder Frankie De Jong this summer, According to the Guardian. Thomas Tuchel is said to admire the 25-year-old, but Priorities in strengthening the squad currently lie elsewhere.

Chelsea isn’t alone in their interest as Manchester United is also said to be in the race to sign the midfielder. This is according to Sky Sports reports that a fee has been agreed at roughly £56million, with a number of performance-related add-ons. 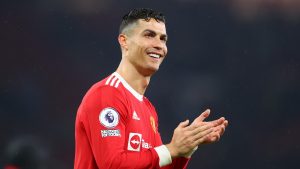 Cristiano Ronaldo has been told that he is wrong to demand an exit from Man United as Chelsea transfer rumors continue to be fueled by an Old Trafford incident that happened on Sunday in pre-season against  Rayo Vallecano.

The Portuguese made the headlines, not due to his performance against the La Liga Outfit, but what he appeared to do at half-time after an altercation of sorts with manager Erik ten Hag, who has made his feelings on known. He said that Manchester united officials are planning for Cristiano Ronaldo for the season and  he is looking forward  working with him. I Not more than that he added that Cristiano is not for sale, as he is the Manchester United’s Plans.

A supporter recorded a video of the 37-year-old leaving Old Trafford as per the Manchester Evening News. Whilst not directly linking to the interest, it could show his lack of commitment to the cause. The reason this doesn’t directly link in with Chelsea is because of what manager Thomas Tuchel had decided a while ago after being offered Ronaldo’s services via his super-agent Jorge Mendes.