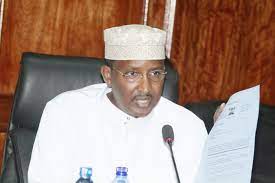 Former Independent Electoral and Boundaries Commission (IEBC) Chairperson Issack Hassan has proposed for annual lifestyle audits within the Judiciary, as part of measures to curb corruption. Hassan, who is seeking to become a Court of Appeal judge on Thursday told the Judicial Service Commission (JSC) panel that this exercise will enhance integrity in the judiciary. He said for the Judiciary to be independent, judicial officers ought to be audited to ensure that they aren’t being corruptly influenced.

“I have now filed an application for this job and I also filed my wealth declaration, after every other year we should be able to do a lifestyle audit to check whether I am living beyond my means,”

He also proposed that an office be established within the Judiciary whose sole duty would be to look into integrity issues of judicial officers. He said this is because some officers are able to hide ill-gotten wealth.

“Establishing an office within the Judicial Service Commission to follow in integrity issues is something which you should invest in, instead of waiting for rumors or complaints to come in,”

Hassan told the commission that his work at the electoral body and experience makes him suitable for the position of the Appeal Court judge. He highlighted to the panel his long experience in the field of law which he has been in the last 26 years, and in the electoral commission where he served for 8 years.