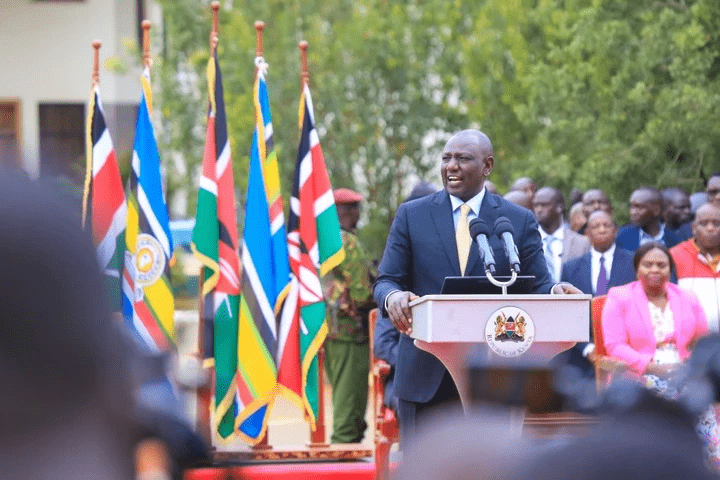 Within his first 100 days in office, President-elect ,Dr.William Ruto has pledged to address a wide range of issues. Ruto pledged to address the corruption in the country that has become so pervasive in the theft of public funds in his address to the nation from his home in Karen following the Supreme Court’s affirmation of his contested victory in the presidential election.

“Among the things I want to do in the next 100 days, one of them is about tackling corruption.”

Additionally, Ruto said that once in office, he will give priority to the urgent need for the nation to lower its cost of living.

“Investing in agriculture is the only way to address the issue of the high cost of living. I don’t know what, but explanations about Ukraine are tall tales,”

The president-elect continued by saying that while he would still make a comprehensive announcement after taking office, his first priority would be to ensure that the judiciary and police gained their independence and ceased relying on tax dollars.

“The Judiciary fund has an accounting officer for the police and the entire criminal justice system so that they will never again depend on the government or resources from the office of the president, and they will have their own independent budget so that they go after anyone who is involved in graft.”

We will treat those institutions as independently operating institutions, as required by the constitution.

As he executes the ideas outlined in his manifesto, Ruto also said that he will build on the foundation established by the departing administration. He intends to finish all ongoing projects.

“We are eager to build on the foundation created by the numerous issues on which we collaborated with the President. We are a responsible group of people, and we’ll finish all the projects that are still unfinished… I’ll start collaborating with those in government offices tomorrow so that when we’re sworn in, we’ll already be working on our plan’s implementation.”