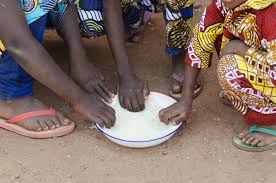 It is over 5 months now since Russia invaded Ukraine on 24th February 2022. The invasion caused Europe’s largest refugee crisis since the world war II  as more than 9.4 million Ukrainians fled their country to other countries.

As a result of this Russian attack to Ukraine, the world experienced food shortages that has seen  a rapid increase in food prices increasing its effect to the geopolitical, economic and natural causes like extreme heat, flooding and drought adding worse COVID 19 disease and pandemic worsening the situation and this is because crops like wheat, corn and oil seeds are majorly grown in Ukraine and Russia and also the two countries are known to be major producers of fertilizers.

Prices of commodities especially food increased by over 40 percent a record higher than 2007- 2008. In Kenya alone, there has been an increase in commodity and many Kenyans have cried about the economic difficulty they are facing despite President Uhuru Kenyatta recent announcement that the prices of unga has been reduced by over half the price to shillings 100. Farmers from Trans Nzoia county have complained about this saying that the government was supposed to reduce the price of everything. Speaking to Imani Media, they said they have given up on farming as their efforts aren’t being recognized by the government.

On the other hand  Roots party Peofesor George Wajakoya says that by selling bhang, money will be found to empower farmers to produce more food. But all said and done, whether Russia or Ukraine war, the kind of leader Kenyans will choose come August, will have to determine a lot as to whether we shall have enough food or continue to suffer.