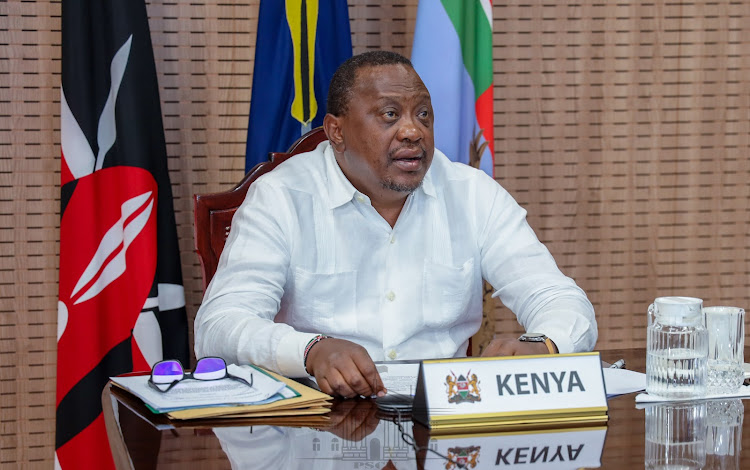 Former President of Kenya  Uhuru Kenyatta  will be among the  African Union peace mediators which is set to spearhead  peace talks between Ethiopia’s government and rival Tigray forces in South Africa this weekend.

This will be his first task which will mark his first assignment since he handed over power  , Uhuru, former Nigerian president Olesegun Obasanjo and former South African deputy president Phumzile Mlambo-Ngcuka are  the ones  who are expected to lead the talks  that is highly aimed at ending the two-year conflict between the two factions.

During president William Ruto swearing in , Ruto said he had agreed with Uhuru Kenyatta to have him as a peace envoy for the Great Lakes region and Horn of Africa.

“I have asked my elder brother President Uhuru Kenyatta who has done commendable engagements with those regions and he has graciously agreed to continue chairing those discussions on behalf of the people of Kenya,” Ruto said.

The conflict which has seen thousands of civilians killed broke out in November 2020 with the meeting being the first formal negotiation between the two sides.

“We are committed to a peaceful resolution of the current conflict. In fact, in a statement issued on September 11, we reaffirmed our readiness for an immediate, negotiated cessation of hostilities,” President of the government of Tigray Debretsion Gebremichael said. While responding to an invite from AU chairperson Moussa Faki.

“We are ready to send our negotiating teams to South Africa. Even so, considering that we are not consulted prior to the issuance of the invitation, we need clarification to some of the issues.”Gebremichael added before the start of the talks, they should be informed whether there are additional actors to be invited as participants, observers or guarantors.

The Ethiopian government has also accepted the invitation for the talks with the rebels.

“The government of Ethiopia has accepted this invitation, in line with our principled position regarding the peaceful resolution of the conflict and the need for talks without preconditions,” Redwan Hussein, Prime Minister Abiy Ahmed’s National Security Advisor said in a tweet.