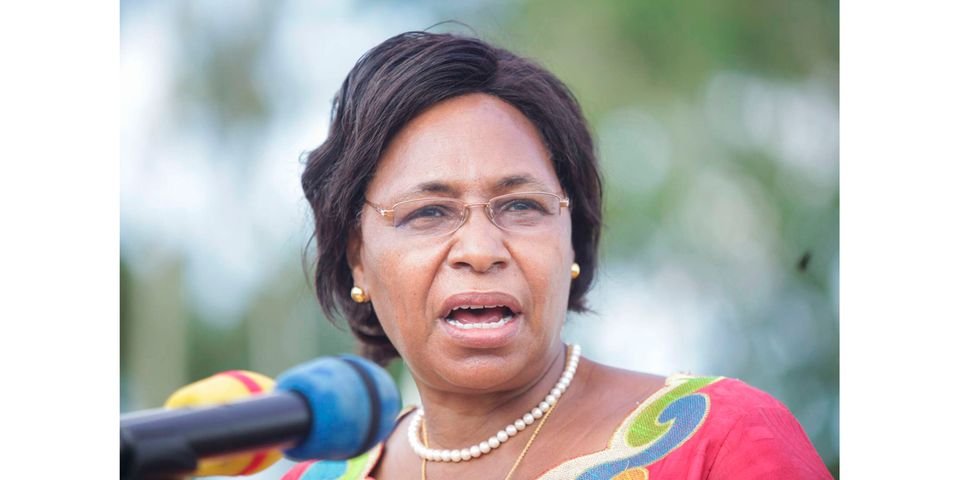 Outgoing Gender Cabinet Secretary (CS) Prof Margaret Kobia says the recent awarding of President Uhuru Kenyatta with the African Gender Award proves Kenya’s steady progress in closing gender gaps in the past decade. He received the award from Gender is my Agenda Campaign, a network of 55 national and international organizations.

The network monitors the implementation of the Solemn Declaration on Gender Equality in Africa. The declaration was adopted by the African Union in 2004, to encourage member states to implement international and regional instruments promoting women’s rights in the 2022 Global Gender Gap Report by World Economic Forum, Kenya’s ranking improved from 95th position in the previous year to 57th out of 146 countries ranked.

Prof Kobia, said she is proud of the fact that her policy directions yielded fruits. She particularly highlights the adoption of the National Policy on Gender and Development in 2019, as a big upturn in the country’s gender agenda. She says it laid the ground for policy, legislative and administrative measures to address existing gaps hindering the empowerment of women.

“My tenure as the Cabinet Secretary…was to effectively guide through policy and coordination of the functions,”

Guided by National Policy for the Eradication of Female Genital Mutilation (FGM) launched in 2019, Kobia says she successfully oversaw the acceleration of efforts toward ending the harmful cultural practice in 22 FGM hotspot counties.

Her leadership also boosted Kenya’s image with respect to domestication and As a result, kobia noted that, Kenya managed to sign a declaration order FGM with four neighboring countries namely Uganda, and Tanzania, Ethiopia ending cross- implementation of international treaties and conventions.

She marks President Kenyatta’s 12 pledges to tackle sexual and gender-based violence (SGBV) in 2021, as one of her “momentous policy achievement,” owing to the fact that her ministry led in coming up with the commitments.

“Important to note is that Kenya was the first country globally to launch commitments under Generation Equality,”

Kobia said counties are now responsive to SGBV issues as they have designated medical staff to attend to related cases. Kobia claims that in order to achieve that, she focused her efforts on fortifying relationships with counties in order to set up SGBV centers at all public health facilities.

On economic empowerment, she said during her tenure, the ministry streamlined operations of the Women Enterprise Fund and Uwezo Fund, enabling women, youth and persons with disabilities to access a combined amount of Sh26 billion by December 2019. There were, however, challenges dragging her work including limited financial and human resources, patriarchal beliefs, limited awareness of fighting SGBV and other harmful practices. She also cites weak sectorial coordination and collaboration as well as poor enforcement of the laws as standing in the way of promoting women’s and girls’ rights.

“As the country moves forward in its governance and administration, it is my considered view that the gender agenda should remain at the center of our national agenda… To achieve this there is a need to leverage on the goodwill and commitment of the national leadership.”