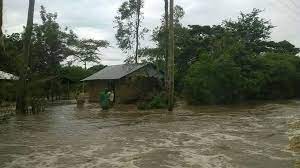 Director of Kenya Metrological Department, Stella Aura, said that the rest of the country is likely to be mainly sunny and dry. In the seven-day weather forecast, the Highlands West of the Rift Valley, the Lake Victoria Basin and the Central and South Rift Valley are expected to observe morning and afternoon rains as well as night showers.

No rainfall is expected in Mombasa, Tana-River, Kilifi, Lamu and Kwale Counties as they are likely to be generally sunny and nights partly cloudy.