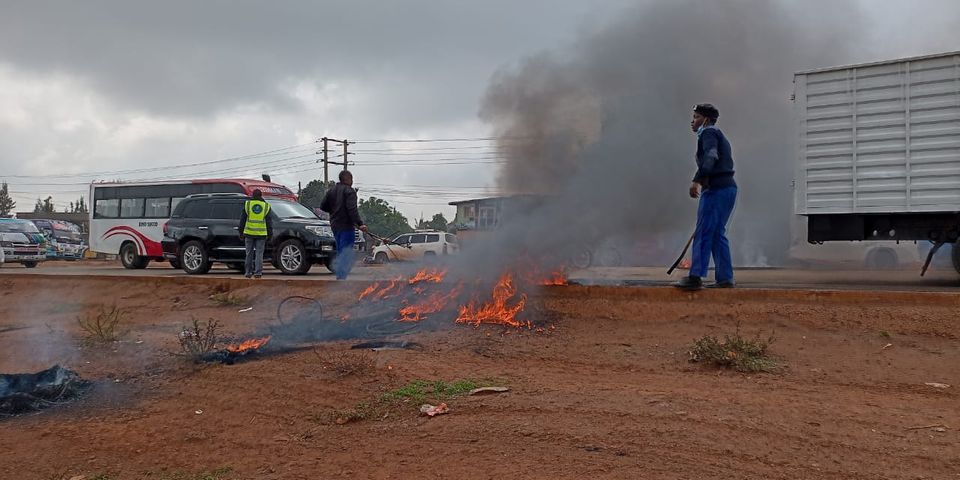 A policeman has killed his wife and five other civilians before taking his own life in Kabete. The gruesome incident, which has left seven people including neighbours and boda boda riders dead, was confirmed by Kabete Sub-County Police Commander Francis Wahome.

The early morning shooting spree happened at J Apartments near N Market, where the police officer, identified as Constable Benson Imbatu, lived with his wife Carol. Sometime after 12am, the officer, armed with an AK 47, went on the rampage where he shot and killed his wife and five others including two boda boda riders, one of whom is still undergoing treatment at Kenyatta National Hospital.

Residents of J Apartments say they heard a loud bang from the couple’s house late in the night. Minutes later, they reported what looked like a fire from the same house, and reported the incident at Kabete Police Station. On arrival, officers from the station found that Imbatu had shot his wife dead, and that he later went on a shooting spree that led to more fatalities. It was not immediately clear what sparked the officer’s shooting spree.

Sub-County Police Commander Francis Wahome said investigations are ongoing to ascertain the cause of the incident. He said the events happened between midnight and 4am Tuesday. The shocking incident sparked demos by residents in the area on Tuesday morning.