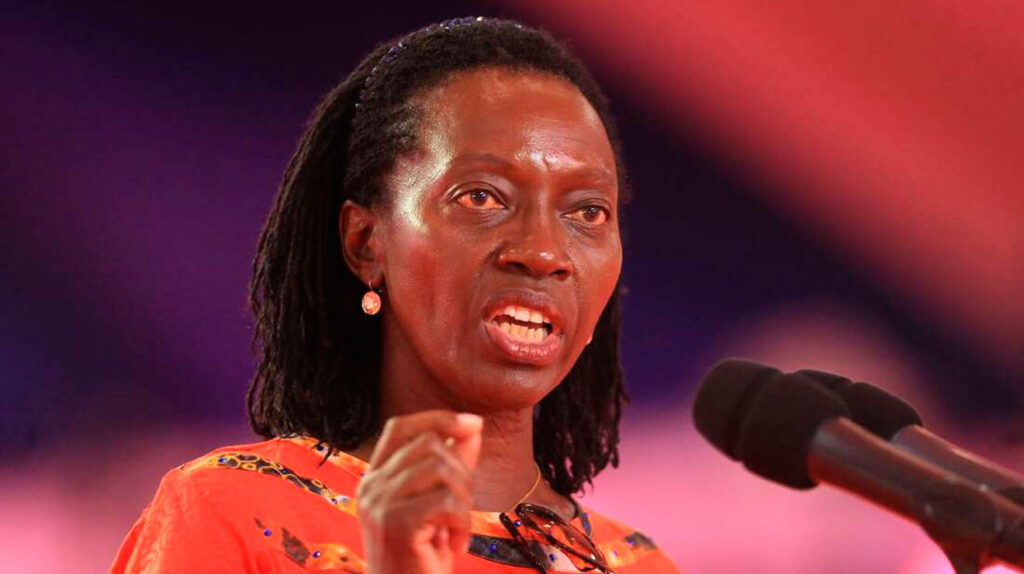 In her speech at the swearing-in ceremony for newly elected Governor Abdulswamad Nassir in Mombasa,  leader of the Narc-Kenya party,Martha Karua, adviseed the new governor to work with the government but “not while kneeling.” She added that Abdulswamad must work bravely and independently without any pressure, assuring him of any support from the Azimio team whenever possible.

Karua said that the elected Azimio governors should remain united and support each other in administering their roles and he went on and cautioned then about going forward and having unnecessary camps  in Kenya kwanza.

”collaborate with the government but collaborate from a position of strenght  and not kneeling down, knowing that Mombasa  is solidly behind you and that we in Azimio will be at hand to help you whenever need arises,” Said Karua

“for those who have been elected in Azimio to take hearth .it is not necessary to run to those who have rigged elections. sit down and serve the people. stay behind the governor so that you can be strong”

Karua also noted that Mombasa has a stake in the profit made from the Mombasa Port when it  resumes operation .

“the port has been reopened but we would like Mombasa county having a stake in the port .Mombasa should have a stake in whatever profit is made at the port,”