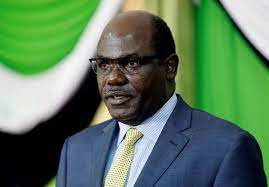 The Independent Electoral and Boundaries Commission (IEBC) has appointed Ruth Kulundu Deputy Commission Secretary Operations. The appointment of Kulundu was announced by the Commission’s Chairperson Wafula Chebukati on Friday.

Kulundu previously worked as the Commission’s Regional Elections Coordinator from 2010-2017 and as Siaya County Elections Manager.

In other appointments, Chrispine Otieno Owiye was appointed as the Director Legal and Public Affairs and Michael Ouma as the Director Information Communication and Technology.

“Interviews for the shortlisted applicants were conducted on March 9 and 10, 2022 and the following applicants emerged as the most qualified and suitable for the positions,”