IMPLEMENTATION AND TRASITION OF CBC 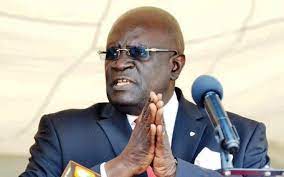 In efforts to smoothly transition the education curriculum, the government is committed to ensure that 1.2 million pupils join junior secondary schools under the Competence Based Curriculum (CBC) when the normal academic calendar resumes in January 2023.

He said the curriculum which was learner focused and collaborative model equips pupils with better decision making skills thus giving them the best chance in the dynamic competitive job market.

The CS gave the private school two weeks to finish up with construction before the official inspection visit to the sites starts, noting that those that will meet the minimum requirements will be registered.

Magoha urged teachers to check whether their schools are registered earlier enough so as to help for a smooth transition in January. At the same time, he requested teachers in private sectors not to get involved in working to retain as many of the CBC pupils in their previous schools.

“The transition will be seamless if we try to retain as many pupils in our previous schools, for example if you have 100 at least try to retain 60. It doesn’t matter who will be in government come next year but our children must go to school,”

The CS noted that a total of 6500 units have been constructed in public schools across the country to facilitate the transition as the government fast-track the remaining 14,500 units out of the total 20,000 intended.

For phase one, the target was 10,000 units and only 4,500 are remaining with the construction planned to start next week.

“We have ensured that there is no leakage of public money meant for the basic education sector. That is why we have already constructed 6,497 out of 10,000 targeted for phase one. Next week we are starting on the next phase and we shall deliver,”

He said the Ministry of Education is putting in place plans and procedures in placement of grade seven pupils and in the next three weeks they will clear the air on the issue and the affirmative action.

Magoha urged teachers to dismiss the notion that the ministry looks after public schools only and not private schools saying it’s misleading.

According to Principal Secretary for Curriculum Reform Implementation Professor Fatuma Chege, the importance of public-private partnership will develop a framework that will be used as a guideline for transitions. This is in adherence to the government code of ethics that promotes the mutual and symbiotic relationship between private institutions and government.

Chege reiterated that the partnership between government and private institutions has gone a long way in transforming the education sector thus the two players cannot work in distinction.