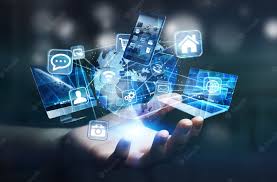 Have you ever walked in a room and found everyone locked on their screens either their phones, IPad or computers? Or one evening on a stroll everyone on the street has their head looking down on their phones?

Welcome to the world of technology where you can find anything with just an internet connection. So, what is this technology everyone is talking about?

Technology is the product of transferring scientific knowledge to practical use. It is just a way people try to find new ideas and easier ways to do things. For instance, communication before the advancement of technology was quite difficult globally, however with just a phone and an internet connection you can talk to people all over the world.

As he puts it, the internet has become a major part of everyday life where some people cannot go a day without touching or conversing with people online, it’s easy for people and companies to pass on information around the world.

In our present day society, the internet has impacted us either positively or negatively. Positively, the internet has improved business interactions and transactions, saved on time by communication using emailing and instant messaging services to any part of the world. Application for jobs has also become easier as most vacancies are advertised online with online applications becoming the norm. Education has also been made much easier since books which could not be physically found, can be obtained online, and it has enhanced research in the field of academia.

On the other hand its negative effects affect almost all age groups, for instance it has negatively affected children’s imagination and made them lock their minds on screen time. Access to illegal/immoral materials online has been made easier. It is addictive to both the young and the old, and lastly it has made it easier for hackers to access personal/private information.

According to Christian Lous Lange, a Historian, “Technology is a useful servant but a dangerous master.”

It’s always good to be cautious of what we search and use on the internet and our phones, for children guardians should limit their screen time and encourage them to have one on one interactions. Companies and schools should include activities that expand minds and don’t require the use of the internet.