INVASION OF SWARMS OF LOCUSTS IN MANDERA 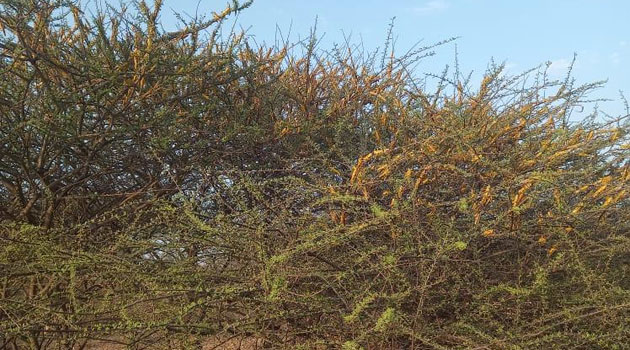 Desert locusts have reinvaded the country with a new swarm arriving from Ethiopia reported in Mandera’s Rhamu Dimtu.

The sighting of the locusts on Tuesday came amid projections by United Nation’s Food and Agriculture Organization (FAO) of increased breeding in areas likely to receive rainfall despite a decline in locust populations following sustained control operations.

“As vegetation dries out in the breeding areas of northeast Ethiopia, any swarms that form are expected to migrate north through the Ethiopian Highlands to the Red Sea coast of Eritrea and southeast to eastern Ethiopia and northern Somalia,” FAO’s situation update published on October 14 read.

The agency however remained update that the scale of potential invasions would be subdued.

“Although the scale of this migration is nearly impossible to predict due to conflict and a lack of reporting, the swarm numbers and sizes should be limited and certainly much less than last year at this time,”

The pests first invaded the country on December 28, 2019 in Mandera and later moved to other parts of the country. The government has since set up eight control bases in Isiolo, Masinga in Embu, Marsabit, Lodwar in Turkana, Wajir and Garissa county.