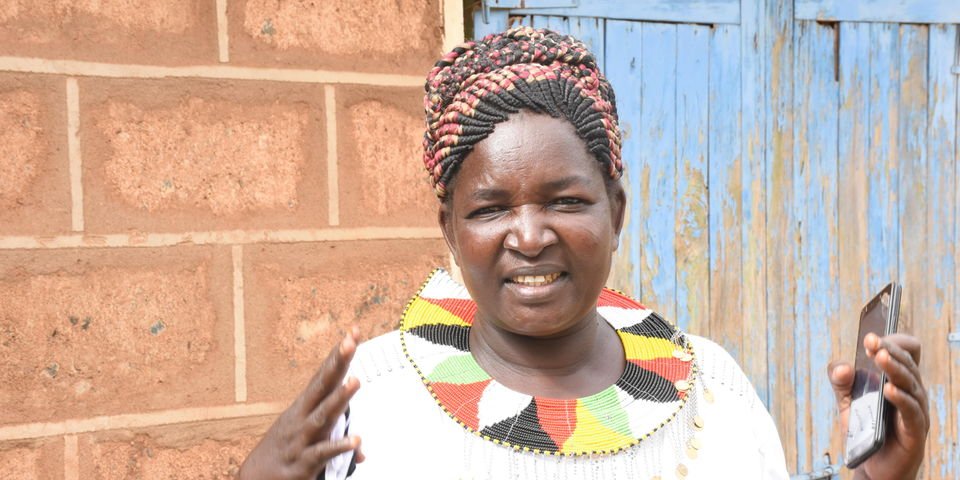 An Isiolo-based gender activist and peace ambassador Elizabeth Ibrahim was on Monday evening killed over a suspected land dispute. The mother of five was stabbed to death at Kambi Garba allegedly by Patrick Nawit, who narrowly escaped death after police officers rescued him from an enraged mob that had descended on him with kicks and blows, badly injuring him. The suspect is currently hospitalised at the Isiolo Referral Hospital in critical condition under the watch of police officers.

Isiolo County Commissioner Geoffrey Omoding said preliminary investigations showed that the suspect attacked Elizabeth over a land dispute. It, however, remains unclear where the actual incident happened with reports indicating that Nawit attacked the woman at a burial ceremony and police saying both were walking by the roadside when the man turned on the woman.

“They were walking together when the man attacked the woman with a knife and bled to death. The public descended on the suspect but he was rescued and taken to hospital,”

The police boss said investigations had been launched to establish what transpired before the incident.

In a sad coincidence, the widow was killed within the same area where her husband and son were killed 11 years ago following clashes pitting two communities living in Isiolo that left 10 people dead and over 20 houses torched. Her husband was shot dead while he struggled to get out of the house while the son succumbed to burn injuries.

After the Monday evening incident, a section of Isiolo leaders condemned the incident and called on the security agencies to expedite the probe and ensure justice is served to the bereaved family.

County Woman Rep Rehema Jaldesa and Nominated MCA Mumina Konso eulogised Elizabeth as a selfless person who had immense love and dedication to the community.

Having borne the brunt of insecurity, Elizabeth was involved in peacebuilding and conflict management through community sensitization and awareness. During past interviews Elizabeth said she is passionate about peacebuilding and leading peace initiatives. Because she understood how important peace is because she lost her husband due to fights. She was a victim of ethnic violence therefore committed to ensuring the improved relationship among Isiolo residents and neighboring counties.