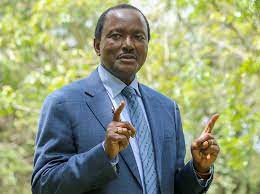 Wiper leader Kalonzo Musyoka has announced that he will be vying for the presidency in the August 9 elections, after the party severed ties with the Azimio coalition led by Raila Odinga citing deceit.

In a bid to to beat the Independent Electoral and Boundaries Commission’s (IEBC) deadline for submitting running mates, Kalonzo unveiled Andrew Sunkuli as his Deputy President designate.

“Kenyans had assumed when I said I will support Raila for a third time that it’s obvious (that I’ll be running mate,”

Kalonzo said he’d have picked KANU Chairman Gideon Moi as his running mate had One Kenya Alliance “not been messed up”.