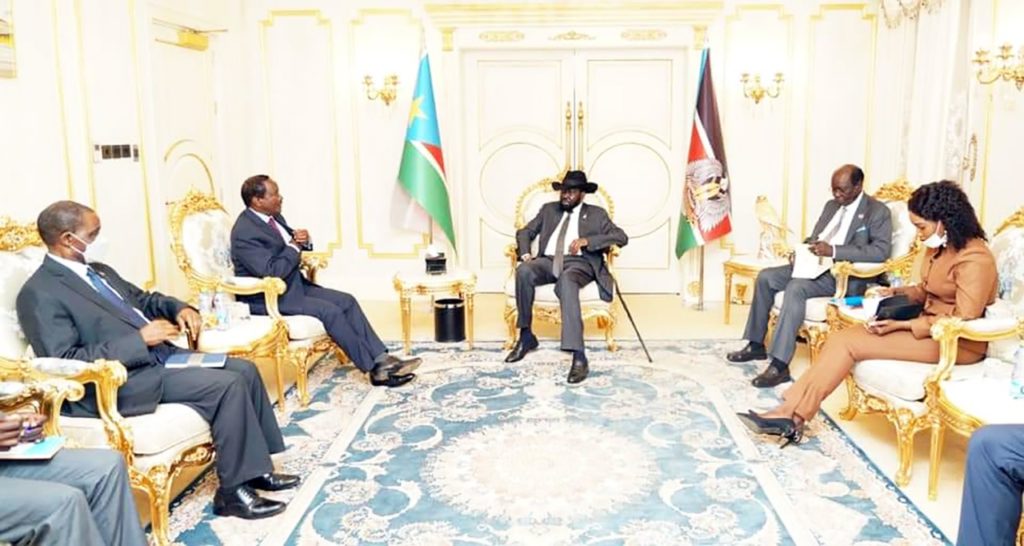 The country has made significant strides towards the process of unifying the Country’s Army and its unified forces under a single command structure are set to graduate soon, which has been a major hurdle.

The Former Vice President who has been a major player in the peace process for years now has been in the forefront in urging the interested parties to move with speed to implement the peace deal.

Last month, one of the key players in the peace process SPLM In Opposition withdrew from the security mechanisms of the country plunging Juba into panic and high tension thus the quick deployment of the former Peace Envoy by President Kenyatta to South Sudan for talks with the leadership of the Country.

Further, the Wiper Leader was in Juba to deliver President Uhuru Kenyatta’s good will message to President Salva Kiir for making the time to mourn with Kenyans following the passing-on of the third President Mwai Kibaki and attending the state burial.