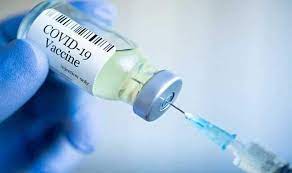 Kenya has crossed the 8 million mark in the COVID-19 vaccination exercise, targeting to vaccinate over 10 million people by the end of this month.

Kenya’s Health Cabinet Secretary, Mutahi Kagwe said that by December 12, more than 8.1 million people had been vaccinated, among them 3,251,688 who are fully vaccinated.

“Doing so voluntarily is not only an act of self-protection but of care for your loved ones and fellow human beings. I dare say, it is an act of patriotism. By getting vaccinated in large numbers, we help to ensure that the economy will remain open and that life will get back to normal sooner,”

Kagwe reiterated that vaccination is voluntary but since the government has a duty to protect the health of its citizens, those who will not have been vaccinated by December 21 will not be able to access government services as earlier directed. Various private establishments, including Five Star hotels and malls, have also warned that they will block access to unvaccinated people from December 21.

“The Government has a duty to protect the rights of the vaccinated from exposure to infection by those who may opt not to get the jab,”

The Government is working towards vaccinating a targeted population of 27,246,033. On November 21, the government announced a radical plan aimed at supporting an ongoing COVID vaccination campaign, threatening to withhold key services from Kenyans who fail to take vaccines.

Kagwe further announced that the government will also withhold key services including those offered by the Kenya Revenue Authority (KRA), National Transport and Safety Authority (NTSA) among other agencies.

“Everybody seeking in-person government services should be fully vaccinated and proof of vaccination availed by December 21, 2021. Such services will include but not limited to, KRA services, education, immigration services, hospital and prison visitation, NTSA and port services among others,”

A total of 248,515 patients had recovered from the virus which struck the country in March last year.