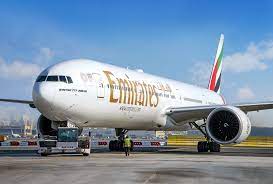 The government has lifted the ban imposed on all inbound and transit passenger flights from the United Arab Emirates (UAE) two weeks ago. According to the Kenya Civil Aviation Authority (KCAA) Director General Gilbert Kibe, the flight was lifted on Monday midnight.

He however pointed out that “the reason for lifting up the suspension is not for public consumption.  Kibe further stated that UAE has not yet lifted the ban it had placed on flights from Kenya, but they expect them to do so.

The government had suspended all inbound and transit passenger flights from the UAE on January 10 in retaliation to the move by Dubai to do the same to Kenya over fake COVID-19 tests. The ban did not however affect cargo flights that are normally flown by carriers such as Kenya Airways (KQ) and Emirates airline from UEA into Kenya.

The ban came a few days after UAE extended the Kenya flight ban after it established that travelers from Nairobi were testing positive for Covid-19 after arrival in the Middle East nation, despite carrying negative test results.

The Dubai-based carrier connects the bulk of the continent’s travelers to the rest of the world through its Dubai hub with the budget airlines feeding it with cargo and passengers in major cities like Nairobi.

There had been concerns raised over traveler’s issuing fake Covid-19 certificates.