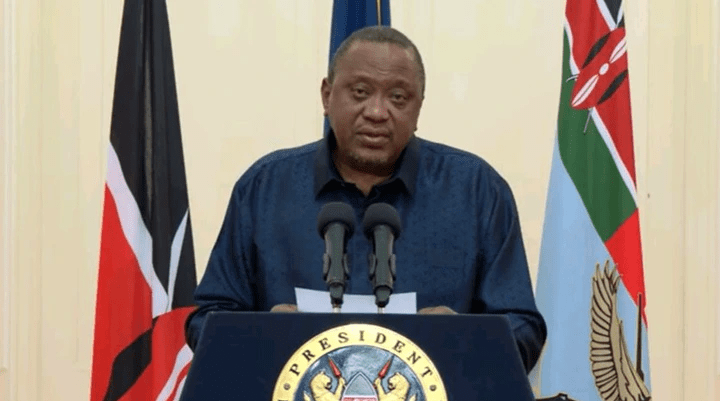 An elaborate military farewell ceremony for outgoing President Uhuru Kenyatta will take place at Ulinzi Sports Complex this morning, followed by a symbolic escort out of the Defense headquarters as the Kenya Defense Forces bid goodbye to their commander in chief for the last 10 years.

The two-part event will be the second last of President Kenyatta’s constitutional mandates as his term draws to an end on Tuesday when he shall hand over the powers to Dr. William. Ruto

The outgoing president will have to   inspect his final guard of honor, mounted by soldiers in their ceremonial red tunics.

He will be flanked by the Chief of Defense Forces and receives signified gifts from the military, which will include a neatly packed military uniform.

“The event will be in touch with the military norms and customs to hold a farewell ceremony for the Commander in Chief of Armed Forces,”

Preparations have been ongoing for a while now for the colorful send-off that will be similar to past ceremonies held for former presidents Mwai Kibaki and Daniel Moi in 2013 and 2002 respectively.

Interestingly enough, Kibaki’s farewell was held at the Moi Airbase Barracks, the headquarters of the Kenya Air Force to which the then-Chief of Defense Forces, General Julius Karangi, was affiliated.

The venue coincidence is playing out again today.  The KDF headquarters which is also home to the Kenya Army, matching the service to which current CDF General Robert Kibochi is affiliated.

The Ulinzi Sports Complex was launched earlier this year in line with KDF’s mantra of “Sharpening the arrowhead”, which translates into having a mission-ready force.

On the occasions that he wore combat fatigue, he went for the Navy and Air Force uniforms. He may further go down in history as the only head of state to attend his military farewell in military fatigue if he shows up in any of the three uniform.

During his 10-year reign, President Uhuru closes dalliance with the military who has seen him receive praise for improving their welfare, equipment and budgetary allocations.

In July, he conducted the Kenya Army band during the opening of their headquarters and Defense Music School at Lang’ata Barracks. He does not hide his interest for the military.

While launching the ‘Kenya ni Mimi’ forum at the Bomas of Kenya, he said military men’s and women’s discipline should be impressed by all.

“If all of us had the discipline and integrity of our Defense Forces, our country would go far. I encourage every Kenyan to be more like them for the development of our country,”

The major projects on the Kenyatta administration initiated for the military include setting up the first level-six armed forces hospital at Kabete, upgrading Moi Forces Memorial Hospital and setting up regional hospitals, increasing their housing capacity and equipment modernization.

His move to involve soldiers in civilian functions in his bid to revive collapsed government projects and  wastage of public funds has, however, earned him criticism for allegedly attempting to “militarize” public service.

A less than three-hour farewell event for Kibaki was held at Moi Airbase Barracks in Nairobi in 2013 during which he was handed amongst others a tractor, a military uniform, four Friesian cows, a complete Kenya Army red tunic packed in a glass chamber, and a portrait of him after inspecting a past guard of honor. Unfortunately   President Kenyatta’s event will take place the whole day.