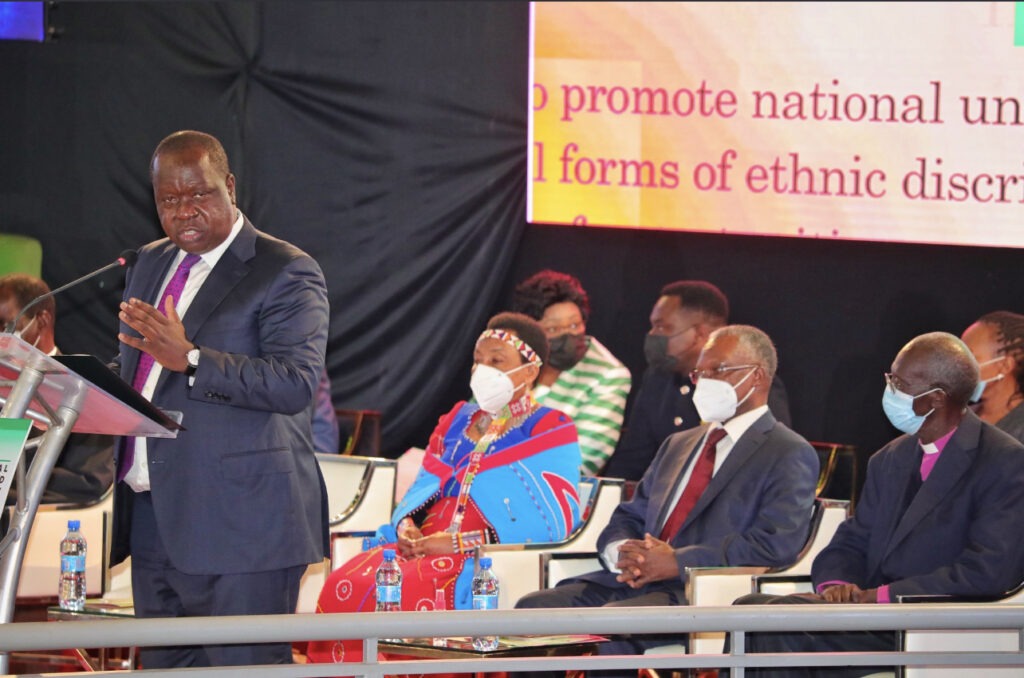 Speaking at the Bomas of Kenya during the launch of the National Cohesion and Integration Commission (NCIC) strategic plan, Matiangi however, warned that the government will be ruthless on anyone violating the law.

“In some cases we will be fairly ruthless, when it comes to those who interfere with the freedom of others or those who engage in activities that are likely to mess up our country. We will not hesitate neither will we be intimidated by any pressures or complains from anybody. We will protect this country because it our only home on earth,” he said.

He added that the security sector was ready do its part to protect Kenya ahead of the elections and that they will enforce responsibility and accountability without fear or favour.

Matiangi said that all Kenyans will be protected from any individual who engages in hate speech and the security sector had formed a multi-agency team that had mapped the country, looked at hotspots and areas that may pose security challenges.

“Vernacular radio stations and those of us who have already fallen into the temptation of misusing social and the internet. We are not going to do those things that people do in other places on Earth like turn off the internet or switch off twitter , those will not happen in this country,” he said “This is a confident government. We are not going to harass people, break the law or interfere with the freedoms of our people. We will call people to account. ”

The National Cohesion and Integration Commission (NCIC) strategic plan runs from 2025 to 2025 and outlines strategies that that will enhance awareness creation, issue-based politics as opposed to ethnic politics, inclusion and diversity and delivery of peaceful electoral processes as the country prepares for the 2022 election.