KENYATTA URGES LEADERS IN KIRINYAGA COUNTY TO WORK IN UNITY 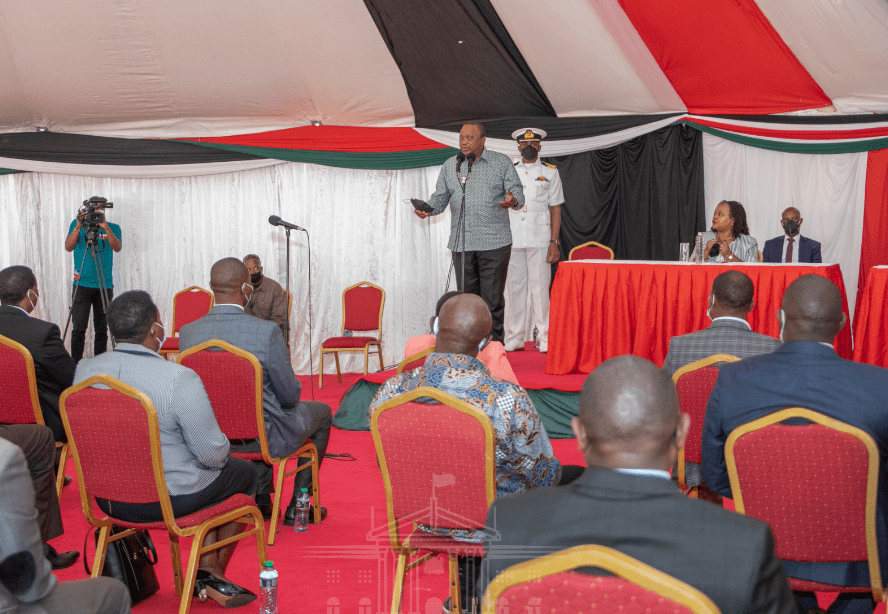 President Uhuru Kenyatta has urged kirinyaga leaders led by governor Anne Waiguru to unite and work together as a team so as to achieve faster development and prosperity for their county.

At the same time, the president cautioned the leaders against politics of deceit and empty rhetoric saying good leadership emphasizes peace, cohesion and unity of the people as enablers of development.

This comes amid misunderstandings between Kirinyaga governor Anne Waiguru and the national planning committee led by interior principal secretary Karanja Kibicho over the number of attendees at the stadium.

President Kenyatta spoke on Monday afternoon at Sagana State Lodge in Nyeri county at a meeting with Kirinyaga county leaders ahead of Wednesday’s mashujaa day celebrations at wang’uru stadium in mwea.