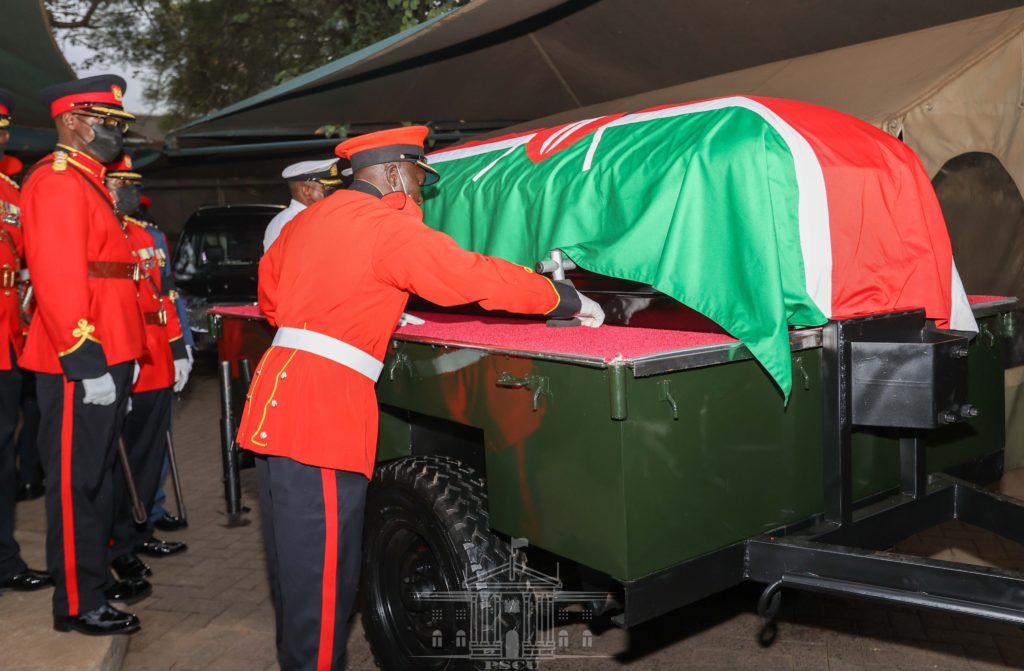 Former President Mwai Kibaki’s body has arrived in Parliament for a three-day public viewing. The casket draped with the Kenyan flag was carried by a military truck from the Lee Funeral Home through Valley Road escorted in a military convoy.

President Uhuru Kenyatta has opened the public viewing of Mwai Kibaki’s body which is lying in state within Parliament Buildings. The head of state who was accompanied by first day Margaret Kenyatta was received by deputy president William Ruto, Chief Justice Martha Koome, various governors and leaders.

Mzee Kibaki’s body which will be surrounded by KDF officers will be viewed from 8am to 5pm on Monday, Tuesday and Wednesday. There will be protocol officers present to guide the public at the Comesa Grounds in the Kenyatta International Convention Centre (KICC) designated as the holding area for the viewing.