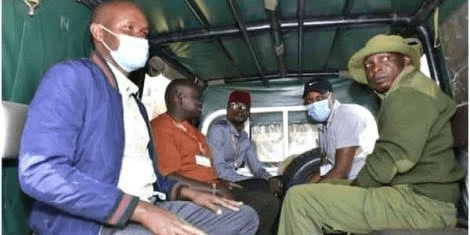 The name Didmus Barasa has been hitting the headlines the past few days . Barasa was one of the individuals voted to serve as a member of parliament in Kimilili just a few days after Kenyans held the general election to choose a variety of people for various leadership  roles.

Didmus Barasa was arrested two days ago and he is currently detained in Kisumu police station where he is awaiting to be taken to the court from the acquisition of murder.

Didmus Barasa reportedly shot and killed one of his competitor’s bodyguards while the voting was still going on in Kimilili, and authorities have been looking for him ever since. He was said to have broken the law, and multiple witnesses had seen him do it.

However, The eye witnesses who were present when all the situation happened are hesitant to come forward and say what actually happened. Most of them have even claimed they were not there and they do not want to be involved in the case due to reasons that only them can tell.

Observation also indicate that The national police also tend to hesitate in taking action in order to assure people of actual peace and safety which is assumed to be there always.

This reminds all Kenyans of the fact that Kenya is at risk since we are back at the dark side where evil is happening in daylight and the culprits who are actually involved are allowed to walk freely.