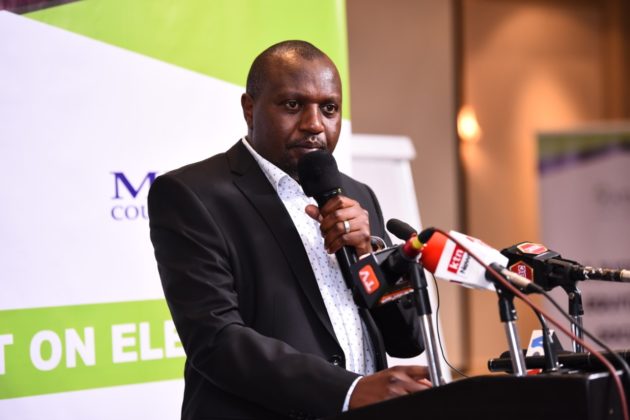 According to a media monitoring report by the Media Council of Kenya Media, coverage of Kenya’s 2022 General Election campaign has improved compared to the coverage in the run up to the 2017 polls. The report showed improved adherence to journalistic ethics by Kenyan media houses despite the interference of media ownership on framing and coverage of political stories.

The report covering April to early June 2022 shows drastic decrease in breaches to the Code of Conduct for the Practice of Journalism in Kenya. However, the reporting by both the mainstream and community radio stations on both national and county and regional politics was skewed in favor of regional politics.

The MCK report focused on how the mainstream media reported on the 17 candidates, who had expressed strong interest for the presidency, and showed up for clearance and registration by the Independent Electoral and Boundaries Commission (IEBC).

Radio remains the biggest dispenser of political news with a 62% coverage. This is attributed to existence of several national and community radio stations compared to TV and print. Television comes second at 27%, a situation attributed to wide penetration and frequency distribution. Print is rated third at 11%. The report also indicates that social media platforms are mostly used to spread disinformation and misinformation.

The report notes an increased coverage of the Kenya Kwanza coalition, following earlier concerns by the side of unfair coverage, in some cases overtaking the Azimio La Umoja One-Kenya particularly on the radio platform.

Media Council of Kenya Chief Executive Officer David Omwoyo noted that the Council has noticed interest in issue-based reporting but calls for more efforts by the media and political players.

“The run up to the 2022 polls is already radiating a lot of heat, particularly on the presidential seat. With parties and coalitions having been cemented, the top seat remains the most hotly contested, with the stiffest competitions ever witnessed in Kenya’s history”,

He revealed that the Council will continue training journalists, media practitioners and creatives on various aspects of elections reporting to boost professionalism, adding that the Council has so far trained over 2,000 media workers across the country in preparation for the transitional polls.

“I also throw a challenge to the candidates to package their issues competitively as opposed to the noise being experienced in rallies. It is critical that balance be achieved on all news content and journalism must embrace fact-checking as a primary value”,