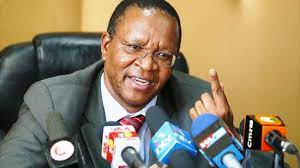 The Government says it has set aside Sh200 million to offset hospital bills for police officers who exhaust their annual National Hospital Insurance Fund (NHIF) cover limits. Speaking when he appeared before the National Assembly Public Accounts Committee, Interior Principal Secretary Karanja Kibicho said the funds will be released once NHIF submits the list of eligible officers in the 2020/2021 financial year.

“Outstanding claims amounting to Kshs. 5.2 billion have also been reconciled. the Ministry will settle an outstanding balance of Kshs. 2.9 billion in the 2022/23 financial year,”

Police officers who exhaust their yearly benefits but still need medical services are required to make ex gratia claims through a committee constituted by the Inspector General of Police. The PS was responding to concerns highlighted by the Office of the Auditor-General for the Financial Year 2020/21. He attributed the delays to the process of reviewing and authenticating the claims by the Directorate of Occupational Safety and Health Services. Other challenges include budgetary constraints but the PS said it will be prioritized in the next financial year.

“The Department has already paid Kshs.2 billion to suppliers and service providers contracted through the affordable housing scheme for the National Police Service,”

Officers working in police stations in Buna (Wajir), Laisamis (Marsabit), Mbalambala (Garissa) and South Nyanza (Migori) will be given priority due to risks in those areas.

On the issuance of passports, Kibicho said the process had been quickened to 14 days from the previous three months with the introduction of new procedures. The Department is also investing heavily in digitization including the implementation of a digital Occurrence Book.