MENTAL HEALTH AND THE YOUNG GENERATION 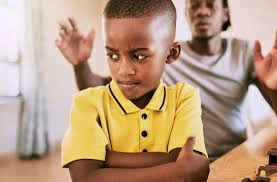 Everyone struggles with being mentally strong in the face of difficulty. People handle their challenges and struggles differently according to how they are raised. Some struggle mentally in spite of having all they need to sort their problems.

Statistics say that 18% of the population after the age of 18 will have some kind of mental illness, and that percentage is rapidly increasing, and the age becoming younger and younger.

You or someone you know most likely has suffered from depression or some kind of mental illness that is related to stress. There is so much hardship going on in this world that our kids will have to face. So much that causes a parent to start questioning if, instead of sending their kids to school, they should move out to the middle of nowhere and live like the Amish.

But before you go doing that, remember that sheltering your kids more won’t fix the problem.

At a certain age, their curiosity will get the best of them. So instead of keeping them from all things that could potentially harm them emotionally and mentally, why not equip them to face the world and all of its confusion with you by their side?