MUDAVADI, WETANGULA AT LOGGERHEADS WITH ATWOLI OVER LUHYA UNITY 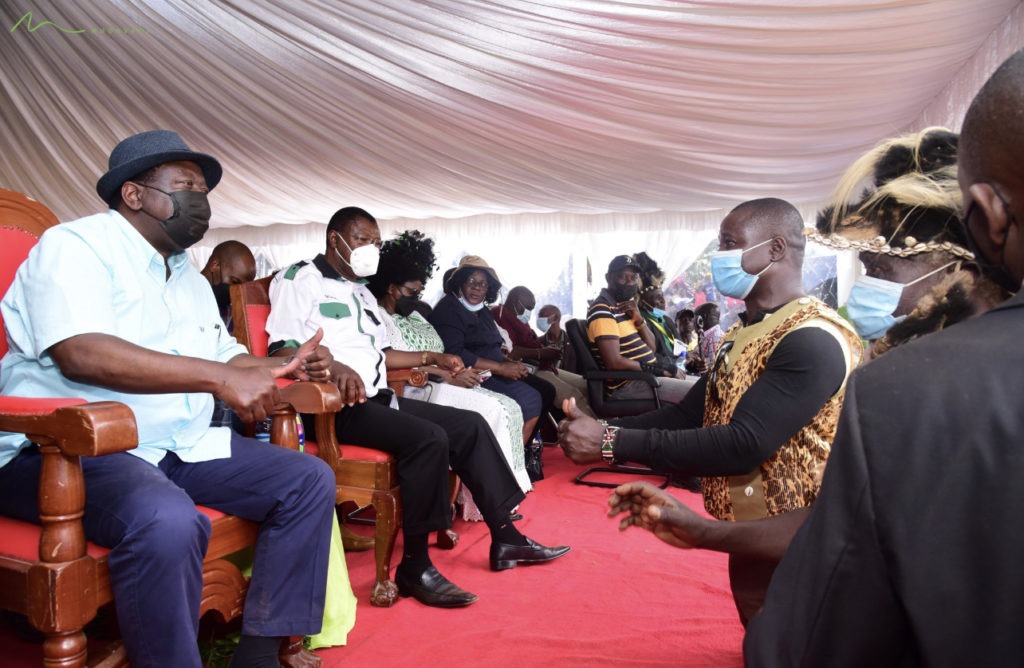 Amani National Congress Leader Musalia Mudavadi and his counterpart from Ford Kenya Moses Wetangula will not attend the Luyha unity forum in Bukhungu Stadium that is set for New Year’s Eve.

During a meeting in Bungoma on Sunday, the duo who are in the One Kenya Alliance (OKA) stated that the unity forum is a mockery to democracy as constituted in the Constitution of Kenya.

“That meeting they are planning on December 31st, I will not attend. I want democracy to be instilled in this country. A person who is not seeking any votes cannot tell us who such be the President, Mp, MCA or Senator in this country. The message is let the people decide,”

Wetangula blamed Cotu boss Francis Atwoli, the man behind the meeting, for allegedly imposing himself as a steward in the community for his own selfish interests.

“He has given himself a position that he doesn’t have in normal life. He is going round saying things that one day we will tell him enough is enough you must stop, or we will stop you!”

This unfolded as Atwoli was having a meeting at his Khwisero residence with Orange Democratic Movement (ODM) Leader Raila Odinga. Mudavadi stated that the Atwoli led Luyha unity forum was infringing on their freedom of Association as political leaders from the region.

The Ford Kenya Leader declared, “As a community we have been selfless and generous to many people, but we have gotten little in return from those people. A lot of them think Mulembe nation as ladder to use when getting fruits from a tree and when they are done they forget how many pegs were in the ladder.”

At the time, Mudavadi was in the National Super Alliance (NASA) alongside Wetangula , Wiper’s Kalonzo Musyoka, and former Bomet Governor Isaac Ruto where they fronted Odinga as their presidential  flagbearer.

In 2020, the veteran trade unionist held a Luyha unity meeting in his Kajiado residence. Kakamega Governor Wycliffe Oparanya, and Devolution Cabinet Secretary Eugene Wamalwa were picked as the voices of the Mulembe nation. Mudavadi and Wetangula did not attend the meeting, dealing a blow to the region’s unity bid. In the recent times, Atwoli and Mudavadi have not been reading from the same script.

Of contention is the spirited fight by Atwoli to support the handshake between President Uhuru Kenyatta and Odinga and by extension the former Prime Minister’s presidency’s bid in 2022 at the expense of presidential contenders from the Luyha region who include Mudavadi and Wetangula.