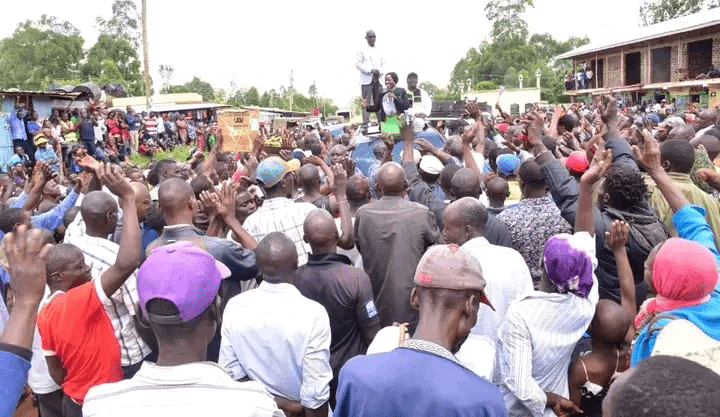 Kakamega gubernatorial elections are slated on Monday, 29 August. All candidates have up to tomorrow to woo local residents to support their respective bids before the campaign’s closure.

A huge crowd of local residents warmly welcomed the ANC party brigade led by Musalia Mudavadi who is one of senior principals in Kenya Kwanza Alliance led by president elect William Ruto.