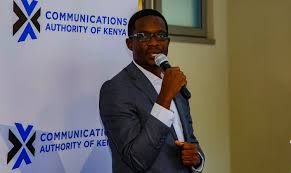 In efforts to curb illegally registered cards in the country, the Communications Authority of Kenya CAK says over 124,000 SIM cards have been deactivated as at the end of March this year. According to the latest sector report covering the three months to March, the number of active SIM cards declined by 124,689 to stand at 64.9 million down from 65.1 million subscriptions in the preceding quarter. The Authority said that this move is meant to curb misuse of SIM cards for criminal purposes.

‘‘The decline in SIM subscriptions is partly attributed to the ongoing SIM registration exercise during which a number of SIM cards have been deactivated,…This has seen subscribers flag off SIM cards illegally registered in their names, which have been effectively deactivated by the operators,”

The Authority requires mobile operators to ensure they have updated registration details of their subscribers, in line with the SIM Card Registration Regulations 2015. The exercise was meant to ensure 100 per cent compliance with the SIM Card Registration Regulations, which, among other things, require operators to retain a copy of identification documents of every subscriber.

The report shows that 60.1 million mobile phone devices were connected to mobile networks as at 31st March 2022, out of which 26.5 million were smart phones while 33.6 million were feature phones. Subsequently pushing their penetration rates now stand at 54.6 per cent and 69.2 per cent respectively computed as a percentage of the total population.

At the same time, the mobile penetration has dropped by 2.5 percentage points to 131.4 per cent, due to the revision of the country’s population figures from 48.7 million to 49.4 million according to the Economic Survey 2022.

Mobile money subscriptions grew to 36.4 million from 35.2 million in the previous quarter, as a result of greater diversification of value proportions by service providers.

Mobile money now plays a critical role in deepening financial inclusion for the underserved and most vulnerable groups, particularly women. The period saw Sh1.2 trillion deposited in mobile wallets with Sh1.3 trillion used in payment of goods and services. At the same time, Sh13 million was transacted as payment for government services.

In the broadcasting sector, the number of FM radio stations now stands at 228 while free-to-air TV stations stand at 151.

The cyber landscape saw the number of threats detected drop by 38.6 per cent to stand at 37 million, down from 66.7 million recorded in the previous quarter. A total of 54, 643 advisories were issued during this period.

The report shows that there is enhanced expansion and upgrading of network infrastructure to meet increasing demand for mobile and data services, that has seen projects being rolled out to expand rural towers, 4G, 5G and fibre infrastructure rollout and as the electioneering period nears.

“As we approach the electioneering period, the industry is expected to experience increased activity considering that ICTs will be a major facilitator of the General Elections,’’