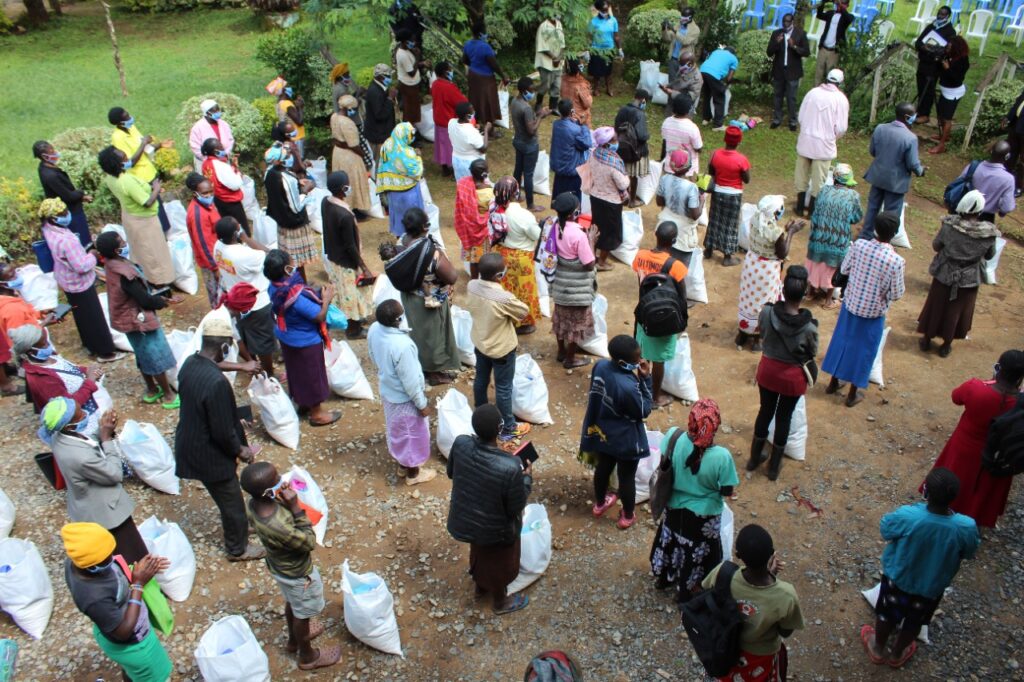 Hope came knocking for an estimated 200,000 locals facing starvation due to drought that has continued to ravage families and their livestock. This is after the county government started distributing some 10,000 bags of dry food to the hunger-stricken families.

According to Daniel Lesaigor, the county’s special programs chief officer, a total of 30,000 households were already benefiting from intervention measures initiated by the devolved unit and national government.

“The national government is currently supporting 12,000 households while the United Nations is offering relief food to another 7,000 through the cash transfer program,”

According to Lesaigor, an estimated population of about 200,000 people is affected by hunger up from 150,000 in December last year.

However, pastoralists from various parts of the county including Lmarii village are calling upon the government to supply them with relief food as hunger is severe in the village where some families that were evicted from Kirisia Forest settled.

Sebestiana Lepushiriti said that more than 19 babies were born in the area this year but their mothers have no food.

“You go to look for food, sometimes you come back empty-handed. Children are crying but you have nothing to feed them,”

The residents are also consuming contaminated water that is leaving them with stomach upsets. The severe hunger in the county has forced about 80 per cent of livestock to migrate to Laikipia and Isiolo counties in search of pasture and water. At the same time, according to Lesaigor, there are fears of conflicts due to this migration of livestock to other counties, adding that his office has engaged the council of elders to ensure there is peace.

Authorities have started rehabilitating disused boreholes to help mitigate the challenges of water. The boreholes have been non-functional due to breakdowns of equipment used in pumping the water. According to Lesaigor, plans are underway to replace faulty solar-powered pumps.

Women, the elderly and children have been hit hardest by the drought because of their limited movement,