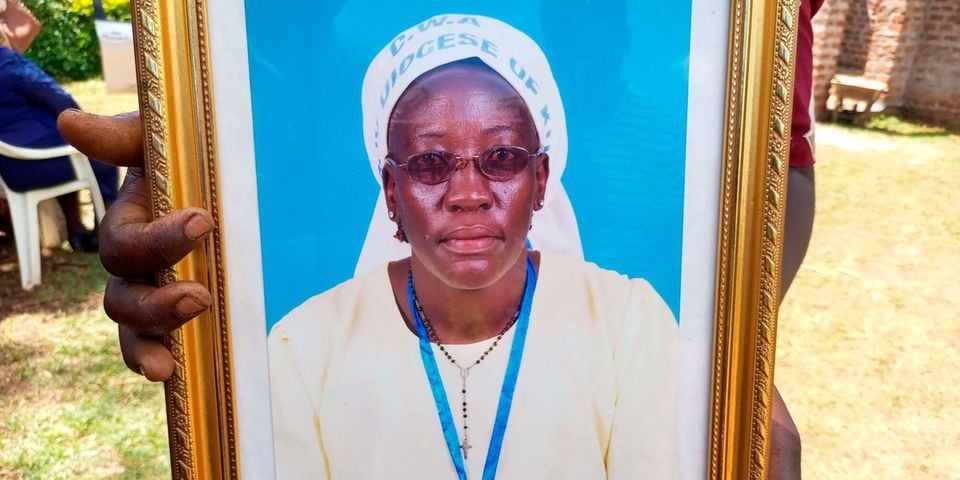 Police in Kiminini, Trans Nzoia County, have started looking for a man who allegedly killed his mother by strangulation. Andrew Barasa Wanjala who is the husband of the deceased, reported the event to the Kiminini Toll Police station. Judith Nafula Konya the 50-year-old Konya worked as a lab technician at St. Joseph Girls High School in Kitale.

On Saturday, a herdsman found Konya’s body floating in the Kiminini River. A police report states that Barasa reported his wife missing and unreachable via phone. Police say they believe the deceased’s 25-year-old son, may have killed his mother. The body was pulled from the water and taken to Kitale town’s Cherangany Nursing Home Mortuary, where it is currently awaiting an autopsy.

Speaking at Bondeni village, Barasa claimed that after his wife vanished, he attempted to call her 64 times, but her cell phone was off each time. “Even after calling the school, we learned that she wasn’t there. Therefore, when we went to her house with detectives, we found out that she might have been attacked there,” stated Mr. Barasa.

Barasa claimed that on the day his mother vanished his son visited a relative in Eldoret. Rosebella Oraro, principal of St. Joseph Girls High School in Kitale, expressed her sadness at the occurrence. “On Monday, October 17, she prepped the lab for practical instruction while she was at school. On Tuesday, she did not show up. Therefore, we assumed she was ill. We went to her residence on Wednesday but couldn’t find her,” Mrs. Oraro added. She characterized the deceased as a diligent employee who was committed to her work.

She worked independently without interference. It is unfortunate that she passed away in these circumstances. We turn everything over to God. She had been a part of the team the longest. We will give her a proper send-off as a school, Ms. Oraro remarked.

According to Trans Nzoia County Criminal Investigations Officer Francis Kihara, early evidence suggests that the death was murdered by her own son. “We have started an investigation and are currently chasing the son who is running away. We are convinced that he will be caught by the law “Mr. Kihara remarked.